Love vintage music? Whether it be CDs, DVDs or vinyl

Collector’s  Choice probably has it – and now all thousands of titles are available in one easy browse… via OldiesCountry.com 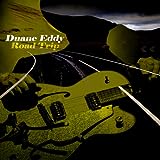 BBC News – Duane Eddy on how to TwangLegendary Duane Eddy reveals in a recent BBC interview how he came up with his signature twangy sound, which has helped make him the number 1 instrumentalist of all time. He has sold over 100 million records.


MESSHUGGAS  MUST BE GOOD TO GET DUANE EDDY

They may not be exactly ‘oldies’ themselves, but everything else about Messhugga Beach Party says they should be high up on these pages. Once mainly a novelty act integrating the middle Eastern strains of classic ’60s surf music with Jewish melodies (the two go hand in hand) the Messhuggas have developed into a  serious top-level surf instrumentals (plus one new , great vocal – the title track of the new LP).

Their new LP, MESSHUGGA HOT ROD HANUKAH, features 18 old and new mostly fine tunes, with the number 3 cut featuring none other than the great Twangmaster himself, DUANE EDDY, on a take off of his 1958 ‘Movin and Groovin.’  Pictured Dwayne Eddy 1958 album, inspiration for ‘Kvelen and Plotzin’ cut on new CD. CLICK ON IT TO HEAR THE ORIGINAL ….

Some may call the music sacrilegious but if you take the music on its own, the Messhuggas, led by Messhugga Mel,  have taken it up another notch, now playing right with the big boys of surf – or at least they should be.

It doesn’t hurt that ‘Shana Madel ,’  keyboard player of the group is married to Ferenc, a leading local surf purveyor in his own right, currently fronting   Pollo Del Loco surf band while producing for others, as he has done for the Messhuggas on their new , fine CD.

The boys and girl broke out the new album at a CD launch party July 14 at the famed Forbidden Island in their hometown of Alameda, CA before a packed house.

We’ve followed the Messhuggas for several years and have never see them this good. Mel and co-conspirator ‘Shecky Sheckles’ make a great guitar duo, exchanging leads while complimenting each other. They’ve  gotten down the difficult mandolin-like Dick Dale staccato to give the music a real mid-eastern/ Hebraic feel while staying true to surf’s basic roots  while adding some twists of their own with keyboards and the shtick (The group performs in religious (Hasidic)  Jewish garb of  tefilin, hats and fake beards) . The closing song of the night, Hava Nagila, is classic and has become their signature; we have not heard a better version of this song…

Most surf groups don’t employ a keyboard but this is what gives Messhugga that finishing touch, which puts them up   as one of the top surf groups of the day, in our opinion. They may not be well known nationally – and  surf music never has gotten the respect it deserves (outside of the Beach Boys, which is pseudo-surf, really). They recently headlined the annual multi-group surf battle in Palo Alto, put on by Ferenc and friends.

We’re lucky to have these guys and gal living right here in the San Francisco Bay Area and not the surf capital of Southern California . The group doesn’t perform often – they still have to do ‘real’ jobs but catch them when you can at places like FI and Judd’s Hill Winery. Check out their website.

No, you don’t have to be Jewish or celebrate Hanukah to like these guys…  perhaps the Bay Area’s best surf group… http://www.meshuggabeachparty.com

Twenty Songs of the Chosen Surfers

Radio Like It Used To Be – Dozens of Oldies Stations on Live 365 Internet Radio
Live365 is the world’s largest radio network on the Internet. With over 7,000 stations spanning 260 genres and broadcasting from 150 countries, we have over two million unique listeners per month worldwide. Our stations are syndicated on iTunes, Sony, HP, Philips, WindowsMediaPlayer, Windows Media Center, and various other devices and Web sites.