the  Killer and the Queen of

together againfor a recent photo op – they don’t have

HEAR WANDA Do Jerry’s  ‘Whole Lot A Shakein‘ in recent times, with Imelda – and her big hit ‘ Let’s Have A Party.’

Just after saying that the time is coming for her to hand over the crown to being the Queen of Rockabilly, Imelda May comes on stage and says that there is never a need to pass the mantel. Hear Jerry Lee perform elsewhere by searching these pages

This trailer from ‘PHIL SPECTOR’ sums up the film pretty well in 2 minutes… listen closely to all the words and statements.  Now you don’t need to watch it, unless your’e a big Phil Spector and Al Pacino fan, as I am. All I can say is it’s too bad he ever met Lana Clarkson
Re PHIL SPECTOR movie last nite, Interesting and sad how Spector’s life is now in prison and while others, perhaps more guilty , like Robert Blake and Robert Wagner, are free – probably because they are more sympathetic characters  . No place  for eccentrics in society anymore…..and So much for US jury system and innocent until proven guilty….the public may have been  ready to finally put away a celebrity, especially one like Spector, after letting so many go free , eg OJ, Blake…  https://oldiescountry.com

Movie could have been a lot better, perhaps with planned Bette Midler as attorney. Knowing Spector’s genius music producing I wanted to like him and did to some extent. Would have liked to see more background footage of his difficult yet positive past. Http://oldiescountry.com

Phil Spector goes before the masses in a tv special tonite, the first time we can all get a better glimpse into the famous trial that would finally end in a 19 year 2nd degree sentence for the music genius producer ..Hear Spector’s wife’s take. ://www.huffingtonpost.com/2013/03/21/rachelle-spector-phil-spector-hbo-movie-proves-innocence_n_2924416.html http://ow.ly/i/1KtiA Al Pacino as Phil Spector. It may have been a case of the biggest mismatch with Spector trying to play psychiatrist for a possibly suicidal Lana Clarkson when Spector was a longtime patient himself – perhaps a case of two people being in the wrong place ,ie together. Perhaps a case for a lesser,say manslaughter verdict. You be the judge tonite SHO 9 pm. More @ https://oldiescountry.com http://ow.ly/i/1KttT http://ow.ly/i/1KtvB Note similarity in the Robert Blake trial and even Natalie Wood case; some say Blake and Robert Wagner may have been more guilty but got off,  Perhaps Spector’s off  eccentric past cost him  in the eyes of MOST of the jury.  In light of this, we think that Tv / movies can sometimes serve a positive thing by bringing forth. Such controversaries before the biblical (even if there is some ‘optic fiction ‘ in this movie.

Bought that Blue Ray Collection of all the Twilight Zone

and as I  slowly watch them,  savoring one episode at a time,

I”m amazed as each ‘new’ one  seems to be better than the last.

It’s about Martin Sloan, 36,  (Gig Young) who, while dropping off his car for

a lube at a remote  service station, is told that the next town is within

‘walking distance,’ and he proceeds to take a walk back in time, to

‘Homewood.’  There he finds nothing has changed since his youth  and even

sees himself  25 years his junior, riding on the merry go round.  He

nearly kills his junior, chasing him around the moving carousel, amidst the

He goes back to see his parents, who , naturally , are dumfounded and

throwhim out of the same house in which he was raised.

chocolate soda, still only 10c, to his disbelief.

Before long , on his walk back to get his car,  he stopped again at the malt

shop, where the price for his chocolate soda has risen to  35c.  The original

owner of the shop he learns  has passed and the new, young soda jerk also

barely recalls the old  merry  go round being torn down.

‘You can’t go back home’ they say, but Richard Slone did, if only for a short

time. It  was on one hand a thrilling experience , but confusing and hurtful

to see his time has passed.

quickly fleeting youth,  as it only comes once.

Very Chilling to this nostalgist. Just watching this episode of  ‘Walking

Distance,’ I feel like I almost time travelled , myself, for a

little while – and enjoyed it. I’ve actually had some real life experiences

similar, like my boyhood home, on – not Homewood- but Hillwood.  There’s

never was and probably never will be. Glad we have these 50 or so episodes

P.S.   Another side benefit of watching these shows is seeing all the vintage

who would later go on to greater  fame. 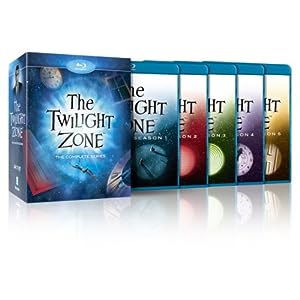