WOODIES WERE ONCE MADE WITH REAL WOOD, but by the late 1960s, like chrome and class, the real stuff was replaced with simulated prouduct.  Today, woodies simulated or not have all but disappeared from auto assembly lines…. SCROLL DOWN FOR HISTORY 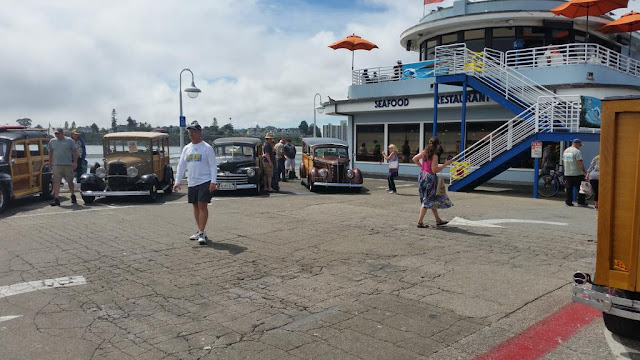 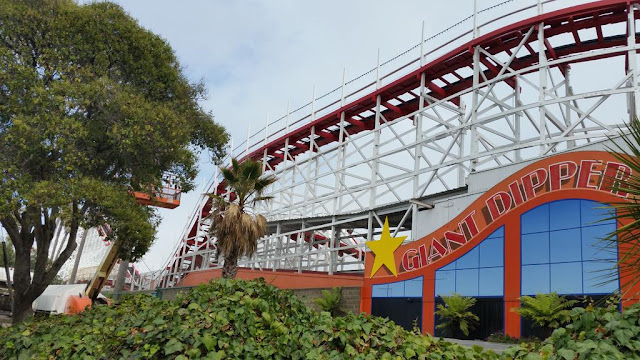 Not far from the World’s largest Woodie Gathering is the Worldes Oldest Wooden Roller coaster, the Giant Dipper, on the Santa Cruz Boardwalk 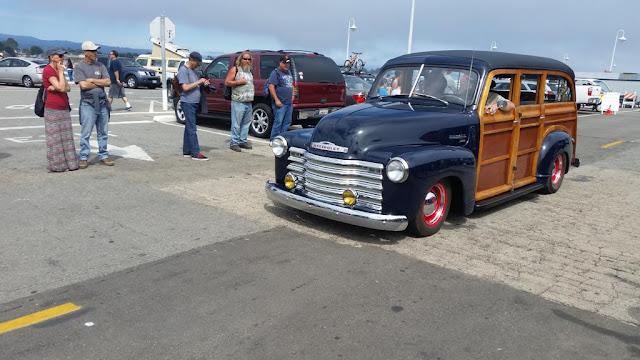 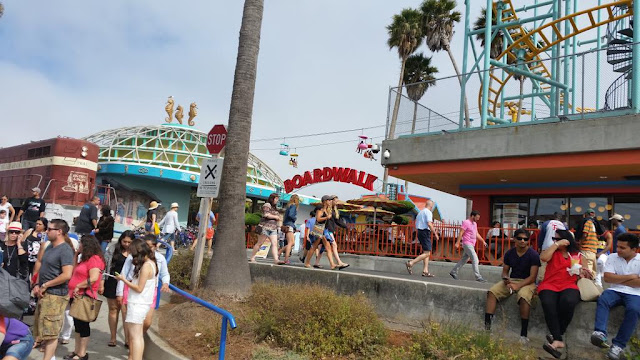 Mid-Fairway see the famous Boardwalk sign, Carousel and edge of another roller coaster 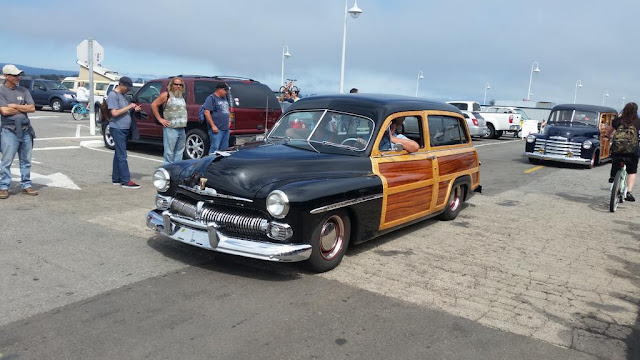 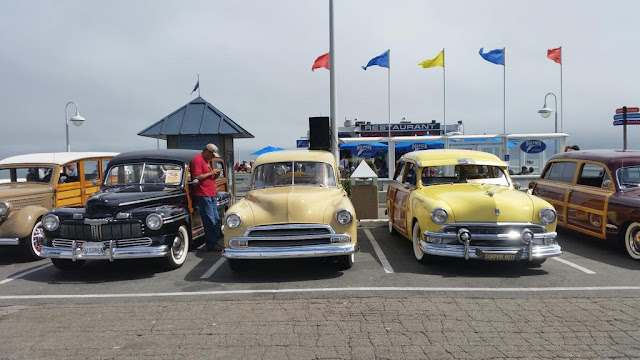 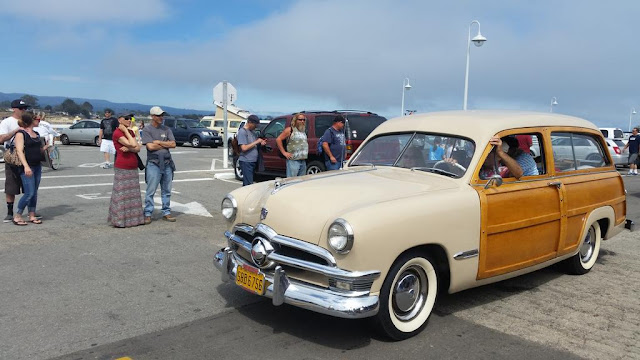 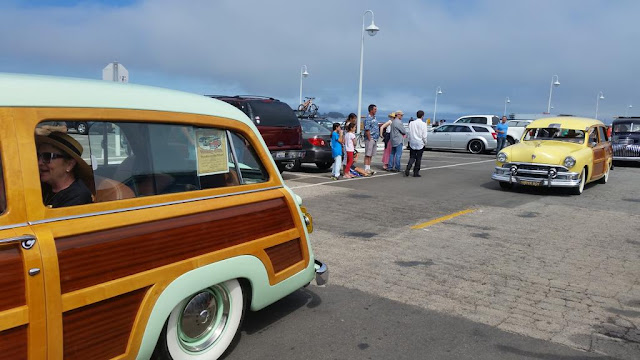 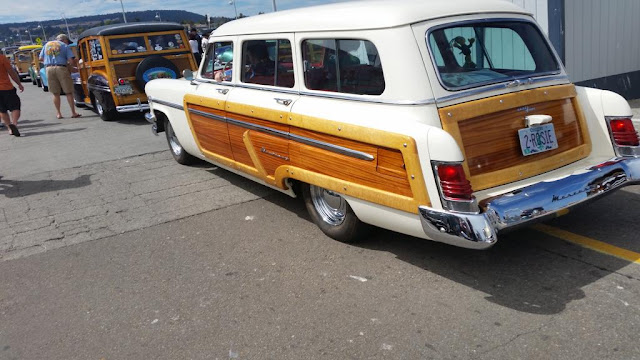 White Beauty – you don’t see many pure white ones 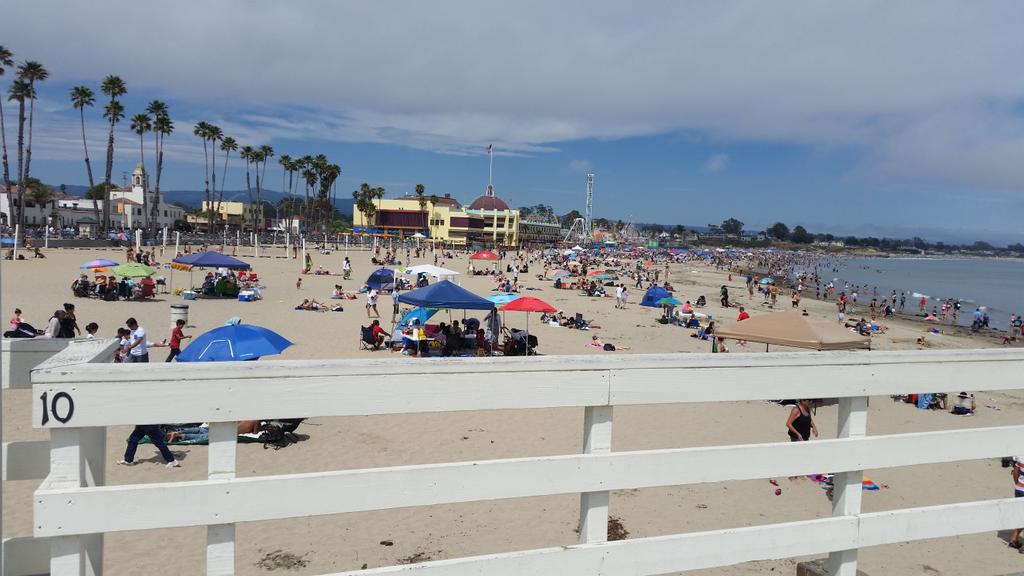 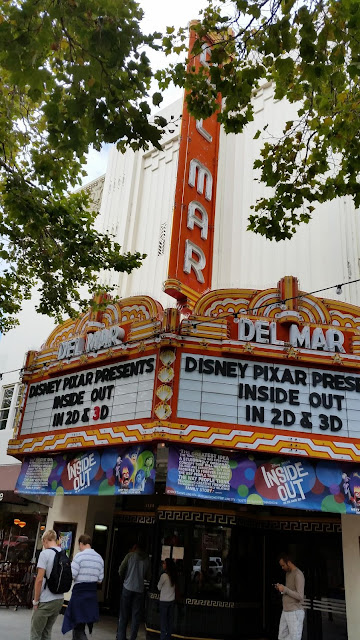 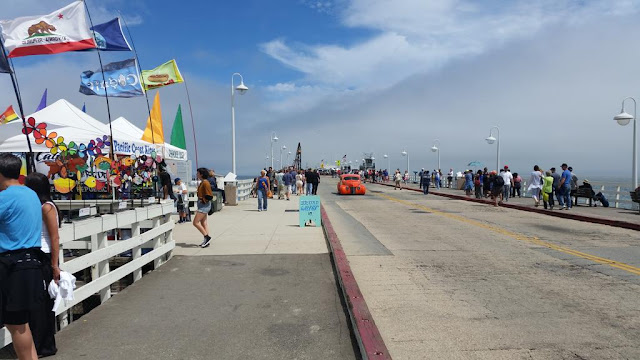 Just entering the wharf before the parade

WOODIES WERE ONCE MADE WITH REAL WOOD, but by the late 1960s, like chrome and class, the real stuff was replaced with simulated prouduct.  Today, woodies simulated or not have all but disappeared from auto asembly lines…. Here’s a little history of the WOODIE:

From Wikipedia, the free encyclopedia 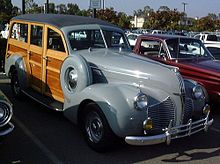 Ultimately, manufacturers supplanted wood construction with a variety of materials and methods to recall wood construction — including infill metal panels, metal framework, or simulated wood-grain sheet vinyl, sometimes augmented with three-dimensional, simulated framework. In 2008, wood construction was evoked abstractly on the Ford Flex with a series of side and rear horizontal grooves.[1]

As a variant of body-on-frame construction, the woodie originated from the early (pre mid-1930s) practice of manufacturing the passenger compartment portion of a vehicle in hardwood. Woodies were popular in the United States and were produced as variants of sedans and convertibles as well as station wagons, from basic to luxury. They were typically manufactured as third-party conversions of regular vehicles—some by large, reputable coachbuilding firms and others by localcarpenters and craftsmen for individual customers. They could be austere vehicles, with side curtains in lieu of roll-up windows (e.g., the 1932 Ford)[2]—and sold in limited numbers (e.g., Ford sold 1654 woodie wagons).[3] Eventually, bodies constructed entirely in steel supplanted wood construction—for reasons of strength, cost and durability.[4]

In 1950, Plymouth discontinued their woodie station wagon. Buick’s 1953 Super Estate Wagon and 1953 Roadmaster Estate Wagon were the last production American station wagons to retain real wood construction. Other marques by then were touting the advantages of “all-steel” construction to the buying public. By 1955, only Ford, Mercury, joined in 1965 by Chrysler offered a “woodie” appearance, evoking real wood with other materials including steel, plastics and DiNoc (avinyl product). As the appearance became popular, Ford, GM, and Chrysler offered multiple models with the woodgrain appearance until the early 1990s. 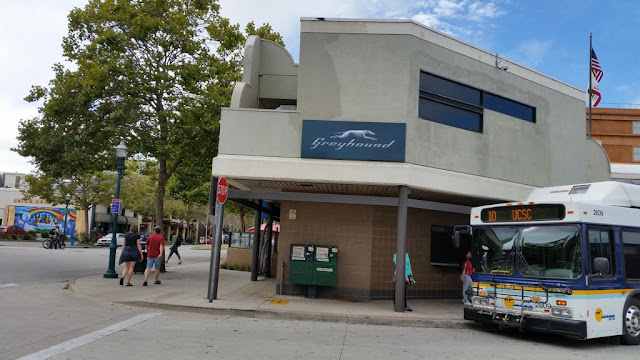 I came upon this Greyhound bus station in downtown Santa Cruz and had to stop and pay tribute to my deer friend, Polly, no longer with us .  She used to take the Greyhound up to the Bay Area to visit me and I now know the exact location and station she departed from . Which she was still here to do that but it was a bittersweet discovery.Thanks for indulging me as we remember a wonderful person and many good times and visits on the Boardwalk and Wharf. 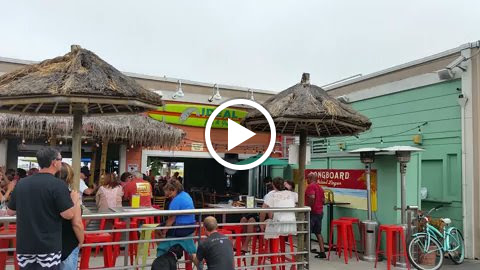 One of the popular restaurnats, Ideal Bar and Grill, located at the foot of the Wharf. Polly and I had at least one memorable  meal and visit here..short video 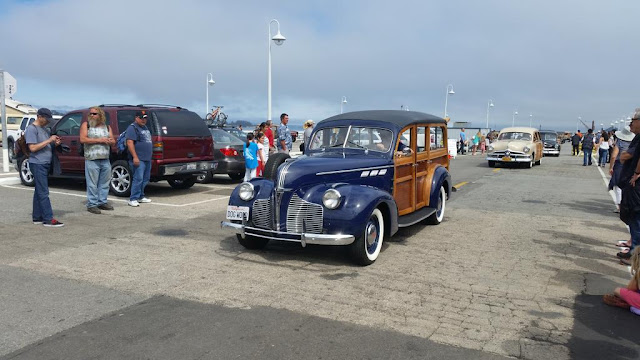 Has to be one of the oldest Woodies  this day, vintage 1930s

Announcer tells Woodie owners ‘Back to Cars’ as the Woodie Parade is about to begin.

How It All Started

It all began in 1993, with just a couple dozen members when Santa Cruz Woodies was a fledgling chapter of the National Woodie Club. Many club members had participated in events with their woodies at the Santa Cruz Beach Boardwalk and the cars were always met with enthusiasm, so we decided to put on an event of our own. The Santa Cruz Wharf seemed like an ideal venue, but when we presented our idea to the Wharf merchants, they weren’t to sure about giving up their parking to a car show. We would have to convince them that the woodies, and the crowds they would draw, would be worth it.
We found an ally in Lisa McGinnis, the Events Director for the City of Santa Cruz Parks and Recreation Department.  She helped convince the Wharf merchants to give it a go.  We had no idea how many woodies would show up that first year. We knew roughly how many cars there were locally, but how many woodies would drive in from out of town was anyone’s guess. The day before the event, we counted just over three dozen and we knew that the first Woodies on the Wharf would be the second largest gathering of woodies anywhere in the world.  After our humble start, our attendance has grown over the years, and is getting close to 200 participating woodies.  It has been reported that WOW is the busiest day of the year for the restaurants and shops on the wharf. 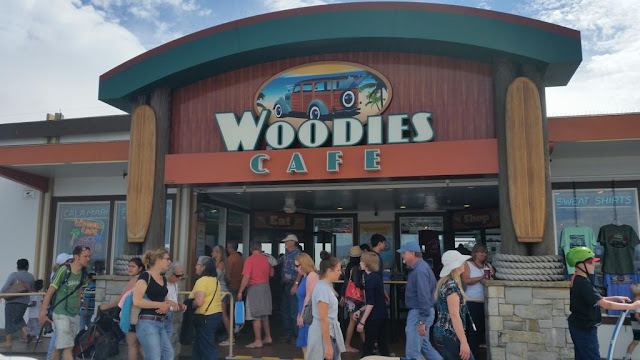 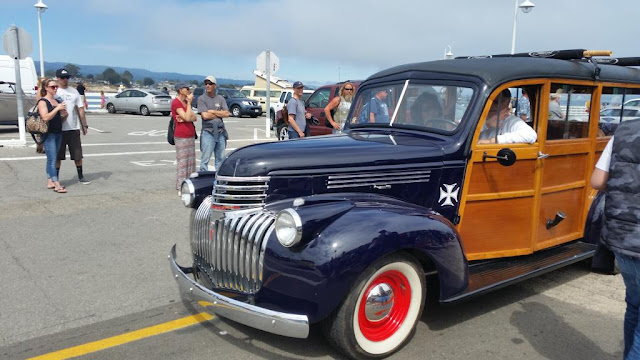 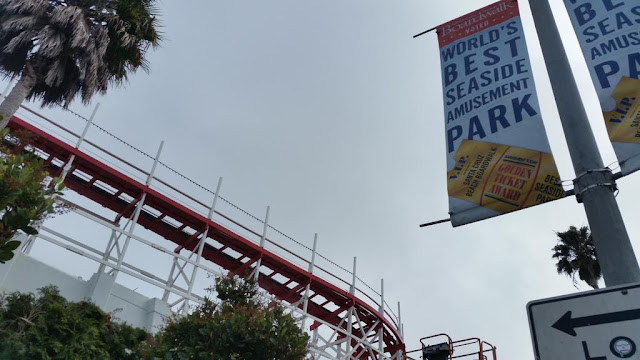 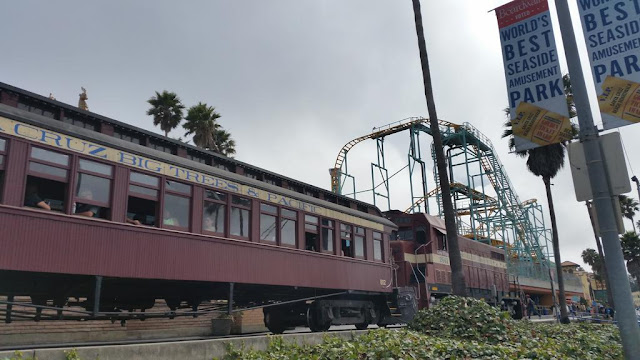 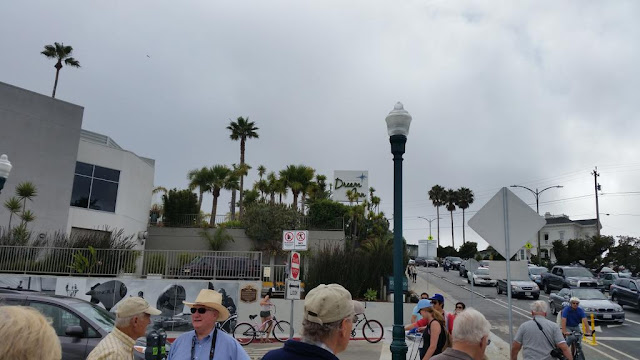 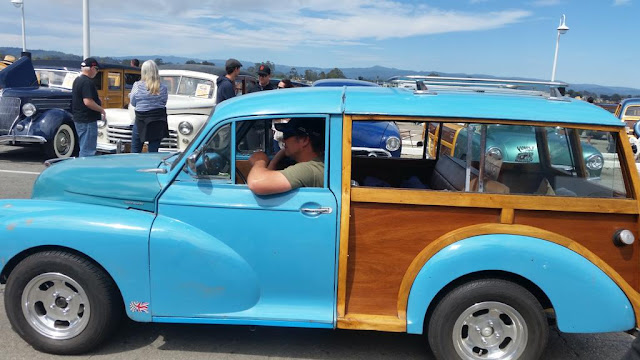 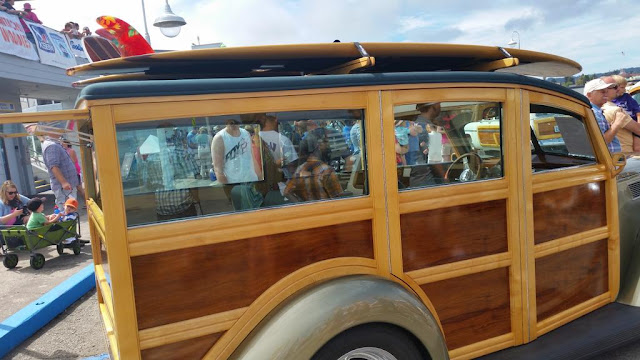 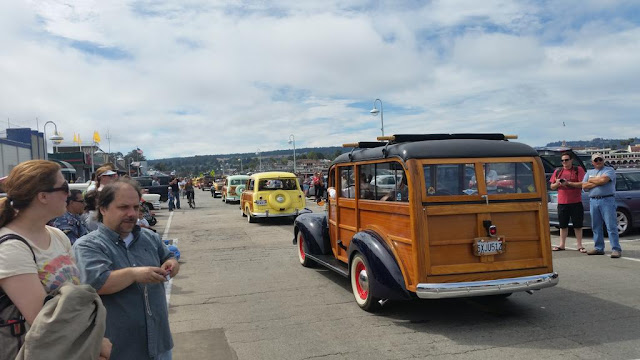 HEADING HOME…SEE YOU NEXT NEAR SANTA CRUZ. IT WAS FUN, FUN, FUN
WOODIES ON THE WHARF

AND SPEAKING OF FUN, FUN, FUN, DON’T MISS THE BEACH BOYS CONCERT AS THEY KICKED OFF SUMMER 50 MILES NORTH IN PLEASANTON CA