1. When did ”Little Suzie” finally wake up?

2. ”Rock Around The Clock” was used in what movie?

6. For which label did Elvis Presley first record?

8. In Bobby Darin’s ”Mack The Knife,” the one with the knife, was named:

10. Who is generally given credit for originating the term ”Rock And Roll”?

16. Edd Brynes had a hit with ”Kookie, Kookie, Lend Me Your Comb”. What TV show was he on?

18. They were a one hit wonder with ”Book Of Love” 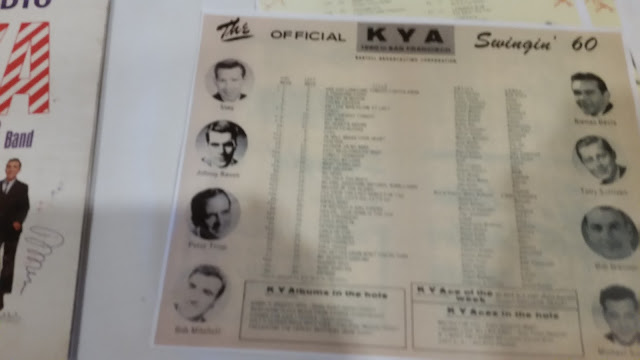 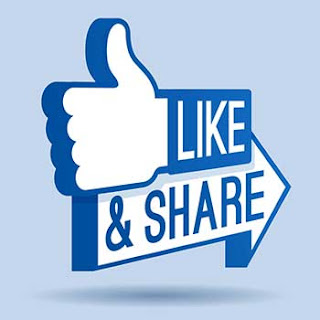 Remembering JEAN SHEPHERD and his

Great writeup by cofounder of Steely Dan about a pioneer of talk radio, when radio was still real fun and the ‘friend’ you’d take under your covers via transistor and go to sleep with. Didn’t know until now that Jean Shepherd  has since become, perhaps, more known for his connection to The Christmas Story movie than the wildly popular ‘hip’ early talk show on NEW YORK’ s powerhouse, WOR.    We grew up 3,000 miles away from where Shepherd reigned and never heard the man until recently, though we had many of our own out West  ( Bob Sherwood,  Al  Jazzbeaux Collins, Russ the Moose Ssyracuse, Bobby Dale, even Ira Blue, but perhaps no one person who could put it all together in one ascerbic session like Jean Shepherd.Here’s Fagen, who can talk much more intelligently about Shepherd than we can

On Christmas Eve, TBS will again present its annual 24-hour marathon of Bob Clark’s modern classic, A Christmas Story. Wrapping presents while watching Ralphie pine for a Red Riding BB gun has become a holiday tradition as beloved and durable as candy canes and eggnog. Yet the author and narrator of A Christmas Story, Jean Shepherd, had a deeper legacy of enchanting, subtly barbed storytelling as a longtime voice on nightly radio. In this piece from December 2008, Steely Dan co-founder Donald Fagenrecounts growing up in suburban New Jersey enthralled by Shepherd’s radio show.

If you know Jean Shepherd’s name, it’s probably in connection with the now-classic film A Christmas Story, which is based on a couple of stories in his book In God We Trust: All Others Pay Cash. He also does the compelling voice-over narration. On Christmas, TBS will continue its tradition of presenting a 24-hour Christmas Storymarathon. There are annual fan conventions devoted to the film— released 25 years ago this Thanksgiving— and the original location in Cleveland has been turned into a museum. But long before A Christmas Story was made, Shepherd did a nightly radio broadcast on WOR out of Manhattan that enthralled a generation of alienated young people within range of the station’s powerful transmitter. Including me: I was a spy for Jean Shepherd.
In the late ’50s, while Lenny Bruce was beginning his climb to holy infamy in jazz clubs on the West Coast, Shepherd’s all-night monologues on WOR had already gained him an intensely loyal cult of  MORE
Pick One:

TAB HUNTER CONFIDENTIAL: Ultimate Survivor – How He Lived To Tell It All in New Movie

‘He never took himself too seriously,’ said co-star Lanie Kazan,

which may  account for ,  in part, why he’s still around.  Says

Debbie Reynolds, it was his  true blue, honest quality.

For a guy who never felt it was necessary to make a big splash  ‘coming out,’ he managed

to carve out a life for himself – a happy one at that , to this day. After reading about other gay actors of

in life  – Rock Hudson and Tony Perkins  come to  mind -it’s nice to see that Hunter did. Credit him

greatly for this accomplishment in the most difficult  of times.

backer or movie studio.  Besides acting, Hunter had a successful recording career with

with nearly 50 singles and one monster hit, ‘Young Love'(see and here below) that

stayed on the  charts at No. 1 for six weeks

Hunter is the subject of a new movie documentary ‘The Tab Hunter Confidential, ‘ based on the

book of the same name, now  in theaters this

week; not sure about next week. But you should see it even on video if you miss it in the theater.

Even for those who still question the gay lifestyle, this movie may finally awaken you -you can’t help

but like Hunter.  He’s a natural through and through.

The movie consists of Hunter  as narrator, recounting his life story  from the early 50s

when he accidentally got into the movies , expounding on one vignette after another,

alive who he worked with.

One thing that  struck this viewer was

how natural and down to earth he was and is. Hunter  has an amazing likability factor.

There was and is no hint of scandal surrounding Hunter; goes to show they can still

make great movies without intrigue or scandal, at least in our opinion.

While other gay actors like  Hudson  and  Perkins , who were with ‘pretend’ women in

he wanted to be with.

There were periods when he wasn’t with anybody and he would find pleasure with his horse friends.

Today he remains tied to his stable of horse(s) and gets up early everyday to tend to his horse(s),

according to his long time companion.

Fifties while being gay to losing it all, career-wise, in the late Sixties during a time when

there was supposedly more freedom, to make a dramatic comeback in the 1980s at an

amazing.  I think it shows that a good sense of self

and good friendship(s)  and interests can go a long way. Much of the years he wasn’t

making movies he was looking after his elderly mother, with whom he had a good

relationship even though she could be tough on him.

at all, according to his friend, who also says that Hunter has no interest in watching his old movies

anymore; in fact, when they come on TV he says  Hunter will turn the channel..  Hunter and friend

live relatively modestly in Santa Barbara well out of the spotlight.

It was nice that the contented, mild-mannered Hunter, would  make this , perhaps, one

last movie, a documentary, so we can see the famous actor who’s been through a lot-

someone you would never

have not only survived but have led a pretty much happy existence throughout, a rarity

for Hollywood then and now.  Some people change with the times but Tab Hunter never

seemed to try to change his personality to adapt to current trends.  He either fit in or he

didn’t and he usually did- if he wanted to.

some of the actors that turned out. Hunter may not have won any academy awards but he was

stars –  and he has some very interesting and

funny stories to tell along the way, Catch ‘the Tab Hunter Confidential’ if you can.  There were only

a total of three people in the theater on this opening Friday night, which might not bode well for the

film, but, as Tab Hunter might say, it’s more important to put out a good film than to worry about

how many tickets it sells.   (Of course, the Steve Jobs big box office movie , no longer in theaters,

which we were going to see hasn’t done that well, either; glad we saw this one instead.

In the ‘Confidential’ movie -and previous (2005) book of the same name -Hunter reveals what is was like to be a 1950s-era star—to be created, packaged, and sold to the American public, shaped and controlled by the studio system that ran Hollywood until the 1970s. Hunter also discloses:

But, those were the bullet points that were used to sell the book (and movie); just to see

the down-to-earth guy, as he is today, weave the story of his life in such an entertaining

and fun way, recounting story after story from   old (and newer) Hollywood, is a true

delight.  Few other living actors today would have the credentials (or ability) to match this

effort.  As a sidelight, it’s also fun to see some colorful people associated with Hollywood

we haven’t lately, such as Hollywood entertainment reporters Rona Barrett and  Rex Reed,

along the few still-living actors Hunter appeared with such as Kazan and Reynolds.