UPDATE 2-28-17
Seven years since our last update, while most of Oakland’s and Bay Area’s old palaces are gone including the recent razing of the UFO-style Biff’s Coffee Shop (1962), The Alley still stands on Grand Ave, one of the few main streets that maintains a sense of history. And, yes, Rod Dibble’s name still adorns the front of the classic piano bar restaurant as it has for now 55 years but, sadly, Rod has been slowed by a broken hip and his days at the piano may be numbered, according to the bar tender we spoke to 2-28; however the same bar tender was still optimistic that Dibble would be back from time to time to tickle the ivories at the bar he made famous and which has remained virtually unchanged during those same 55 years.
Still remaining are the dingy, yellowed business cards and memorabilia covering the walls. Still remaining are what look to be the original narrow restaurant booths and old wood floors .  The only thing that looks new is a sign in the front window that says ‘PASS’ referring to the recent inspection, which seems like a small miracle in itself; we learned through Wikipedia that the inspectors have allowed what appears a real fire hazard is because the restaurant sprays the walls with fire retardant, which probably adds to the yellowed color.  In the same article we learned that perhaps Dibble had been able to ‘last’ 55 years is that he was walking to and from the job some 10 miles a day (I remember seeing him once en route around Lake Merritt(!). Dibble is said to know over 4,000 songs by memory and , generally, plays only vintage songs written prior to 1963, about the time Dibble first appeared at the Alley.

Last King of the Piano Bars?

When one passes by the Alley on Grand Ave in Oakland, CA you hardly notice the place. It’s always looked kind of dingy from the outside. Come to think of of it, it’s pretty dingy-looking on the inside, too,but the good kind of dingy.

As a kid growing up in Oakland , the Alley was all but ignored as a place for older folks, with a bohemian bent- weirdos back then . Over the years the neighbor hood changed -especially the parallel-running Lakeshore Ave, where perhaps only 1 or two original businesses remain out of the 50 or so… Grand isn’t much differrent. But, somehow, The Alley has survived. Lots of down years and population changes as Oakland has gone from all white to a largely minority city. Original owners have passed on and most of the original followers. However, the daughter of the original owners still runs the place, we are told, which probably explains, in part, how the Alley has stood the test of time. Kudos to her.

But through it all , there’s one constant – Rod Dibble at the Piano, now going on 50 years.

Dibble began his stint in 1963 . And, it’s as if time has stood still since then. While the crowd may have changed, the place hasn’t and , of course, Dibble’s still there, and he says he doesn’t play any music after 1963. If that’s not time warp , what is? But, we love it. In today’s fast-paced world of quickening technology , media hype and disfunctional or non-existent families its kind of nice to see a that a place like the Alley – and it’s current family of regulars – can still exist in 2910.

If there’s another place like this in America that hasn’t changed a lick, with a veteran piano player of 50 years, I’d like to see it. And there well may be one or two somewhere .However, piano bars, themselves , are pretty rare these days, having been replaced by automated Kareoke .

We say there’s nothing like the real thing, and , apparently, so do a lot of others, as seen by a resurgence at the Alley in recent years, with the current crowd of mostly 20-somethings. However, this recent night we were there we witnessed a number of spirited seniors , like Frank, as animated in his singing as any of other younger folk , who gather at the 9 or 10 seats around the grand piano and take turns singing into the nicraphones. Frank ended ever classic song with a high-pitched last note; so what if it was off-key. That’s what makes this place so special. It’s all off key by today’s standards. And that’s good.


There’s a book of hundreds of songs, with lyrics to choose from. It was refreshing to hear song after song from the great American song book, when melody and lyrics seemed to have more to do with music. Each song told a story – take Route 66 for example – and the unique singer behind the mike. No generics as you get at a Karaoke bar. Only real personality here. And Dibble, now   in his  late 70s  but still with a youthful spark, is able to tackle most every song but, again, it’s gotta behind pre-1963. He still sings, too, and in a whiskey-inspired voice one might expect for a guy who has spent thousands of nights singing, playing and, yes -drinking the night away at the Alley.

I try to get to the Alley now as often as possible as I’m afraid this fun can’t last forever. Dibble’s doing great but he won’t be there forever. And , one must wonder, how the alley has escaped the fire inspectors , with all the old business cards, flyers and paper lining the walls and ceiling, much of which has probably been there the whole time .

So, if you live anywhere in the San Francisco Bay Area, it’s worth a trip to see this place. Even if you live in another state, its work a trip to spend a weekend with Rod and the gang… Pick a weekend night or two when you’re sure to see Dibble at the ivories — there’s a new young upstart singing weeknights – and a full host of singers at the piano bar; this place makes Cheers pale. I will go in and sit in the back corner and just take in the whole atmosphere. Talk about time standing still. I love this place – and to think we would have nothing to do with the place as kids in the 60s and 70s…

The Best Fake Book Ever: For Keyboard, Vocal, Guitar, and All “C” Instruments (4th Edition)

By Kimberly Chun / CHRONICLE STAFF WRITER | February 5, 1999
1999-02-05 04:00:00 PST EAST BAY — Most of Oakland has had its first drink there say the regulars at the Alley piano bar and restaurant. And just as many have been thrown out by its longtime owner Jody Kerr. The rest just pass by the pink and green neon-trimmed cottagelike facade on Grand Avenue day after day and never go in. They ought to. They would enter a dim wilderness of sensory overload. Imagine an alley re-created by a drunken Walt Disney lined with dark wood Formica street signage weird paper ephemera and thousands of business cards. click headline for more
piano bars

TWISTIN’ SKELETON NEW HALLOWEEN FAVORITE! Watch it all the way through to see one talented dancer

There are others, too, like Screamin Jay Hawkins ‘ ‘I Put A Spell On You’ and ‘Haunted House,’  which may or may not be  totally Halloween, but  Monster Mash by Bobby Boris Picket , Witch Doctor from David Seville and Purple People Eater by Sheb Wolley were probably the biggest and all Top 10 hits in the late 50s and early 60s and are  still heard today, especially around Halloween.  You can purchase these and other halloween songs EXCEPT TWISTIN’ SKELETON – PRICELESS!

We go from the classic Scopotone (first ever video?)  above (1962) to a recent appearance (2012) on the Mike Huckabee show where Neil Sedaka showcases his latest project, cover versions of his early hits with lyrics changed for kids (eg  ‘Waking Up is Hard to Do, Lunch Will Keep Us Together,’ etc.)  Hear ‘Lunch will Keep Us together’ along with the original, Breaking Up Is Hard to Do.’   Here Neil’s funny story about growing up wanting to be a rock and roll singer and what he did with his 45s.

We’ve seen Sedaka dozens of times over the years and it is one of the few  events we still look forward to – when Sedaka comes to town. Catch him if he comes to your area. In the meantime check out his website, http://neilsedaka.com/   Last year Sedaka was in town, when Dad was still with us and a couple generations enjoyed him and his protege doing a concert of Neil Sedaka songs! (Sorry we don’t remember the name of the protege).

– ALL YOU R FAVORITES HERE!

NEIL SEDAKA:  As the High Holy Days draw near….

With the Jewish High Holy Days drawing near,  a nice way to rejoice with this program… 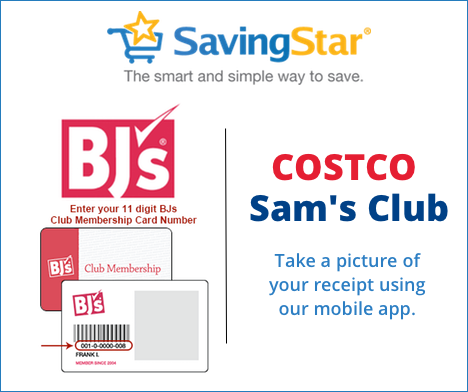 Listen to Your Favorite Oldies in One Stop, While You Shop…

Dad Will LOVE  A Pair of these

a can of these nice

For the young adults how about some brain stimulation with

or  a Nice Puzzle

that will keep the kids

…AND THERE’S MORE! How’s about

…and lot’s more here these came from!

GET GREAT DEALS LIKE THESE DELIVERED RIGHT TO YOUR CELL PHONE AS THEY HAPPEN / FOR EASY — USE – OFTEN JUST SHOW YOUR PHONE AT THE STORE OR — USE ONLINE. SIMPLY TEXT ‘COUPONS’ or ‘BAYCOUPS’ (Bay Area) to 87365 and you’ll be added to our Text List for latest deals as they happen (usually once a week). Absolutely No Cost or Obligation
For future updates about California’s backroads and history as well as latest coupons and discounts
please follow us and sign up for our email list