(above) One of many classic Carson episodes with the great comedian Don Rickles surprising Sinatra during the middle of an interview (1976). Compare this to the guests and stuff we see today on late night talk shows…

As Jay Leno leaves the Tonight Show (for the second and probably final time) we can’t help think back to Leno’s predecessor, Johnny Carson, who made ‘TV late night talk shows’ what they are today. Leno was certainly the best out their today – reflected in his top ratings – yet as one talk show coast said today ‘he or none of them can hold a candle to Johnny.’

Of all the guests on Carson, we liked Rodney ‘ No Respect ‘ Dangerfield probably best, for not only his monologue but for the time after when Carson and Rodney would kibitz and Carson just set it up for Dangerfield to go on and on with more great stuff. They both had it down. Miss them much.

Speaking about dress, there aren’t guests like LIBERACE any more – not only for his flamboyant-yet-tasteful style and great music! Sad for the young folks who missed out on people like Liberace, Buddy Hacket, Rodney Dangerfield – and Johnny Carson… but there’s always video like these…This was Liberace’s last appearance on Johnny Carson.

Johnny had an ongoing bit on the show of teasing band leader Don Severinson for his wild outfits (which called for teasing).

The Great Buddy Hackett with Johnny… Hackett ‘slips’ on a word that’s bleeped.

Say whay you will about Carson’s private life –  of which you have to consider his less than stellar upbringing – Carson was the ‘perfect’ host of a TV show known to ‘make’ stars off a single visit. ( Just yesterday in our facebook page we noted David Brenner, one of many whose career took off after a single appearance on the Tonight Show.) Carson got the most out of his guests since they seemed to genuinely like each other. Plus, Carson wasn’t a bad interviewer either.  Unlike some of his predecessors on the talk show circuit, Carson was a gentleman – on air, anyway – without the ‘in your face’ bits. Simple quality  jokes got laughs, whether it was Rodney Dangerfield, Bob Hope, George Burns – or Carson himself, a comedian in his own right (magician, too).  The Carson show was well diversified with actors, newsmakers and singers:  it was Bette Midler who gave Johnny his final goodbye  back in the mid-90s  when he retired at age 69.

Here are just a few favorite guests  and show bits  from the show .  For an in depth look at the man, there’s a new book out by his lawyer of 18 years, Henry Bushkin. (Take it with a grain of salt, since Bushkin and Carson split acrimoniously but from reviews it appears to put across much of the real Real Johnny Carson) Johnny Carson book

**** 4 stars
121 of 135 people found the following review helpful
Bad Johnny or very funny good Johnny?
By wogan TOP 100 REVIEWER on August 22, 2013
Format: Hardcover Amazon Vine Review ( What’s this? )
Henry Bushkin was a new lawyer, just starting out when he fell into the job of being Johnny Carson’s lawyer.

He became his friend, his confidant, professional advisor and more. He has a high regard for Johnny despite a multitude of incidents and actions that would have made many leave. He does admit he was attracted to the money and the power and the nearness to fame. He consistently describes Johnny as the most talented and powerful man in show business and gives him credit for formulating the late night show style with desk and announcing guests – despite the fact that Jack Parr did it years before.

Buskin’s stories and life with Johnny are both fun and awful. Carson was, if nothing else volatile and admitted he could not love, which he blamed on his mother.
For all of Buskin’s help and strategizing and solving many of Johnny’s problems, much of the book is about Bushkin too – he was intertwined with Carson for so many years. He finds much of what Carson does funny and even acceptable…peeing in a wine bucket at a Friar’s roast and his serial womanizing. There are blunt observations on Johnny’s drinking and his love life. We are also informed of the power and importance of Johnny Carson the star, with all his amazing influence and prestige and huge ego. Carson’s cursing; bad sportsmanship on the tennis courts, his arrogance and nastiness is all described. Yet amazingly Bushkin still appreciates him, even with the tantrums and the inexplicable firings in this book.

We learn much about Johnny Carson and much about Henry Bushkin. Despite the fact much of Carson’s behavior and actions leave a bad taste one can still see his talent and why so many still adore and admire the man in this easy to read and compelling book.

***** 5 stars
165 of 187 people found the following review helpful
I hate lawyers, but I love this book!!!
By Richardson TOP 500 REVIEWERVINE VOICE on August 17, 2013
Format: Hardcover Amazon Vine Review ( What’s this? )
And I loved Johnny Carson. Perhaps like any aging baby boomer, or anyone from most any generation , we think what we had was the best. When it comes to late night TV hacks, er hosts, I think they all fall far below Johnny Carson. The documentary that came out a bit back Johnny Carson: King of Late Night [HD] was terrific and only increased my appetite for more. Sadly there aren’t any really good books about the King of Late night that I could find. One author , Bill Zehme , that they interview on the documentary has allegedly written a book that has been delayed for years and I hear could be the basis for a movie, but it is odd that the “biographer” on the excellent documentary has yet to publish same? I do find it interesting that for a guy as huge as Johnny was the dearth of literary material about his life and years at the top of the entertainment industry is remarkable and only ads to the enigma that continues to be Johnny Carson.

Well.. when I was offered the early read of this book I jumped at the opportunity, not because it was a book about Carson but I recognized the author’s name , Henry Bushkin. You can’t have watched the Tonight Show and not remembered Johnny talking about his lawyer “Bombastic Bushkin”…. so I was thinking just maybe a real book by a real insider. I should also add at this point that I’m not looking for “dirt” on Johnny, just something, anything , beyond the stage of the Tonight Show.

This was easily the quickest 300 pages I’ve ever turned, one sitting, and I’m sad it wasn’t longer. Bushkin does dish some serious dirt at times but he doesn’t do it in a mean spirited way. I like the fact that it is obvious Buskin is a writer to the extent he has a serious inside story to tell but he’s not in love with his own prose. By that I mean he covers a substantial amount of ground and quite a bit of salacious material in a sort of matter of fact way instead of ratcheting up the drama as one would expect by a “writer first” author. There isn’t much speculation in this book either, Bushkin keeps on point and delivers the material he has first hand knowledge of and for the most part was a participant in!

I hope potential purchasers of the book will not mind I didn’t give away any of the inside scoop or scandalous revelations (even though they are never presented in such a way I’m sure many will be fodder for tabloid news). I don’t want to spoil the read for anyone curious enough to purchase this excellent book. Bushkin was around for 18 years , and was his wingman and one of his closest confidants during the height of his power and popularity. You will be taken behind the curtain for scenes from divorce, the pitting of NBC against ABC , dealing with Caesers Palace in Las Vegas, as well as his own failed production company and many scenes from many Hollywood dinners. This is a terrific book without a page of filler, it reads like a greatest hits recording from highlight to highlight. I literally defy a reader to open the book to any page and not find something fascinating. Provocative it is, but it is just one persons version of the truthful history so I kept that in mind while reading and particularly when reading about the acrimonious ending to this longtime relationship. To that extent I believe it is the best available book on this subject and even were Johnny to have written his own story I can’t see him going below the surface …in many ways I think Carson would be the happiest to know that no books about him were written and that his “on air” life be the only one any of us know.

Has reading this book allowed me to form a new portrait of Johnny Carson? It certainly didn’t surprise me with what I’d previously read and after viewing that excellent documentary. When he perceived a failure of loyalty Johnny seems to exhibit what Desi Arnaz called “the Cuban way” …I don’t hate you , you just cease to exist. Being on the fringes of the entertainment industry here in Southern California I also suspect I’m a bit more jaded to much of this. The star machinations ,the ego stroking that is needed/required , the paranoia of those at the top. I would not have expected to read anything on Johnny Carson that pretended that he was a Jed Clampett type of displaced country boy being isolated in the big city. As Joan Rivers said “Johnny was a killer” , he was also from a young age skilled at sleight of hand , and like any true magician he wasn’t one to give away his secrets. Bushkin has at least let us into the tent for part of the show. 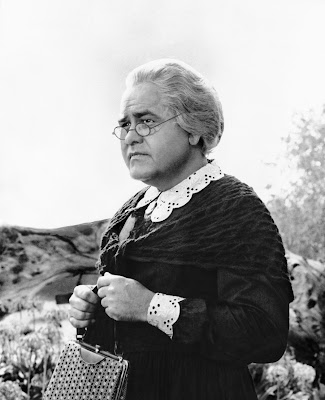 The Great Comic and Philosopher, Jonathan Winters, has joined Annette, Margaret and those before them in the Great Beyond.

Winters took improvisation to knew heights and was always a treat to see as you never knew what would come out of his mouth. No two shows were alike. His performances on even the talk shows were priceless, as below…The man who was the main inspiration for Robin Williams, Jim Carrey  and so many others will long be remembered, many have called him the greatest comedian – at least of the improvisational kind .MORE   http://tv.yahoo.com/news/groundbreaking-improv-comic-jonathan-winters-dies-165302142.html

…and here’s the one mentioned in above Yahoo news – Winters on Jack Paar, 1964. You can really see where Robin Williams got a lot of his style…

….and we turn the tables, instead of JOHNNY CARSON interviewing JW, JW Roasts Johnny!