JERRY LEE LEWIS will be the big name, by far, at the  51st Annual Surf Ball Room ‘winter Dance Party,’  but there’s a ‘sleeper’ performing that has quite a story to tell. It’s Flash Cadillac, formerly flash Cadillac and the Continental Kis.

Next to Sha Na Na , Flash Cadillac is probably the most famous rock and roll ‘cover’ band. There are other good ones who’ve been around a long time, like California’s PapaDooRunRun

As  with original groups with hit records, Flash Cadillac has seen the ravages of time decimate the group. Only bass player, Warren   Knight has been with the group since its inception in 1969,  an original member and current leader of the group. We caught the elusive group New Years eve in the Northern California burg of Livermore.  As we were told after the concert, original   and probably the most colorfull member of the group, ‘Spke’ had passed away on stage in 1993.

I had seen the group in its emryonic stages, when oldies cover bands were just getting going in the late 60s and early 70s and was lucky enough to catch Flash Cadillac when I was a student at UCLA in the early 70s. I remember there only being about 10 people in the audience,
which was the floor of a gymnasium at USC, Los Angeles. I don’t remember the show itself,but Warren did recall the group jumped in the pool after the show.

Mr. Flash Cadillac Vintage Print
So, a big fan of FlashCadillac, after their appearances on Midnight Special with Wolfman Jack,other movie and TV appearances and then the live performance. I had always been impressed with
the colorful characters. Besides Spike, who played the big tough guy,
there was the Jerry Lee =like piano player and others. I believe there was a real Flash Cadillac,the short, heavy set guy no longer with the group. Sorry, more information not available. Flash Cadillac also made it onto the American Graffiti soundtrack , even though they didn’t appear in the movie.

41 Original Hits From The Soundtrack Of American Graffiti

They claim themselves ‘the best band without a big hit record’ around. And its hard to disagree. Apparently, according to the tribute video that follows, ,  original lead , Sam McFadden – called the ‘best lead rock and roll singer’ by noted rock cridtic Robert Hilburn – also passed along with ‘Kris.’ Check out these videos and CDs for living proof proof of some real music.  By the way, Flash did have three Top 100 ‘ hits of their own, including ‘Boogie In the Back Row of the Movie Show,’ as heard in this video…

Jerry Lee Lewis has now outlived his Sun compatriots Elvis, Perkins and Orbison by many years. We’re lucky to have him , even if he may have slowed a bit (but who hasn’t at 75 years?  There’s only one Killer. Enjoy him while you can, like at the upcoming Surf Ballroom Winter Dance Party Feb 5 in Clear Lake, Iowa along with Flash. See below.  Here Jerry performs from his recent critically acclaimed  LP, Last Man Standing, songs with Tom Jones and the late , great Solomon Burke (Who Will the Last Fool Be.) 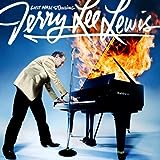