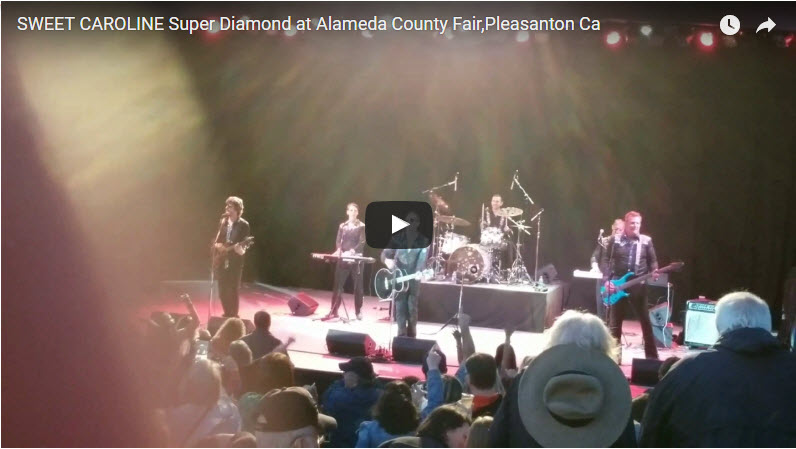 from San Francisco, at Alameda County Fair, Pleasanton Ca as the man himself tours the world on his 50th Anniversary Tour.

You have no doubt learned of the passing of Annette – only the first name is necessary – the 1950s /early 60s icon, who personified the era as much as anyone.  She gave a lot of good times to those lucky to have grown up in the day – the movies, the music, the memories – yet suffered  the past twenty-plus years with MS.  In fact, we posted a little tribute just weeks ago(below) , after learning about her and her husband’s efforts to gain more funding for not only her plight but Multiple Schlerosis sufferers, in general… Will follow up with some more classic videos and fun memories that will come alive again for many of you, we’re sure. More @ http://oldiescountry.blogspot.com/2013/04/annette-once-bigger-than-life-another.html

It was with great pleasure to finally catch up

with Annette and her husband ,Glen Holt, who has stood by her for 30 years; they go public with their current life and continuing effort to find a cure for MS  via

their  website,  AnnetteConnection.com.  Annette no longer can walk or even speak, though she still gets out and one can maybe  even see a twinkle in her eye.  It may be hard for some to watch this video though we find it an inspiration. There are also nice tributes from Shelley Fabares and others.   In this four part video series from CTV, we see Annette in her early years and today and  the efforts Glen and doctors have gone to in helping Annette deal with MS, including a new treatment that  is showing promise.  Glen is using Annette’s old foundation to continue researching help for annette and others with MS. He is hoping that, though Annette’s fans, he can raise money to still find a cure.

GREAT TRAILER for the movie ‘Monkey’s Uncle’ with Annette performing title song along with the Beach Boys!

Congrats to Glen  for ‘lifting the curtain’ of MS, so as to perhaps help others being such a great inspiration to

Annette, who has always been a great inspiration to so many of us form her days on the Mickey Mouse Club to her positive, fun movies  and music and lifestyle.

I saw Annette with Frankie Avalon  about 20 years ago at Pleasanton, CA –

We think it is great that Annette has  came out with her updated story with video now, with the help and encouragement of Glen.   We think it’s a beautful story. I’ve just spent the last three years with my 97 year old Dad , who just passed , but only after , again, three good last years, with kind people’s help and good cheer around him. People can still have quality of life, though sometimes it’s a challenge,even in these situations.

So, again, we applaud Annette, Glen and their team. May we continue to hear inspirational news and  stories from them for many years to come  as we make contributions to the MS cause. Please  help spread your good cheer via their website, above and your own connections as we will do through http://www.OldiesCountry.com and http://www.SeniorCountry.org

Rare, Indepth interview -ATTITUDES with Virginia Graham from late 80s- Annette reflects on the changing times and how she still lives up to her ‘clean, happy days’ image, which she relishes…

Annette talks about her MS in this mid-90s interview with Tom Snyder. Sorry about the poor quality but it is of interest as one of Annete’s last interviews. thanks to ncatt

Nice remembrance from the fans on Annette’s recent 70th birthday…

Maybe the best for last… Trailer for ‘Beach Blanket Bingo’ featuring no less co-stars than Don Rickles, Paul Lynde and Buster Keaton, among other star names!!!

From a fan… “She was beautiful, good-natured, humble and kind to everyone around her. And she did it all – TV, movies and music, one of the biggest stars in the world in her time. Then walked away from all of it to raise a family. A role model for everyone who works in this industry. Her suffering was cruel and undeserved, but she handled it courageously. Now she can RIP.”