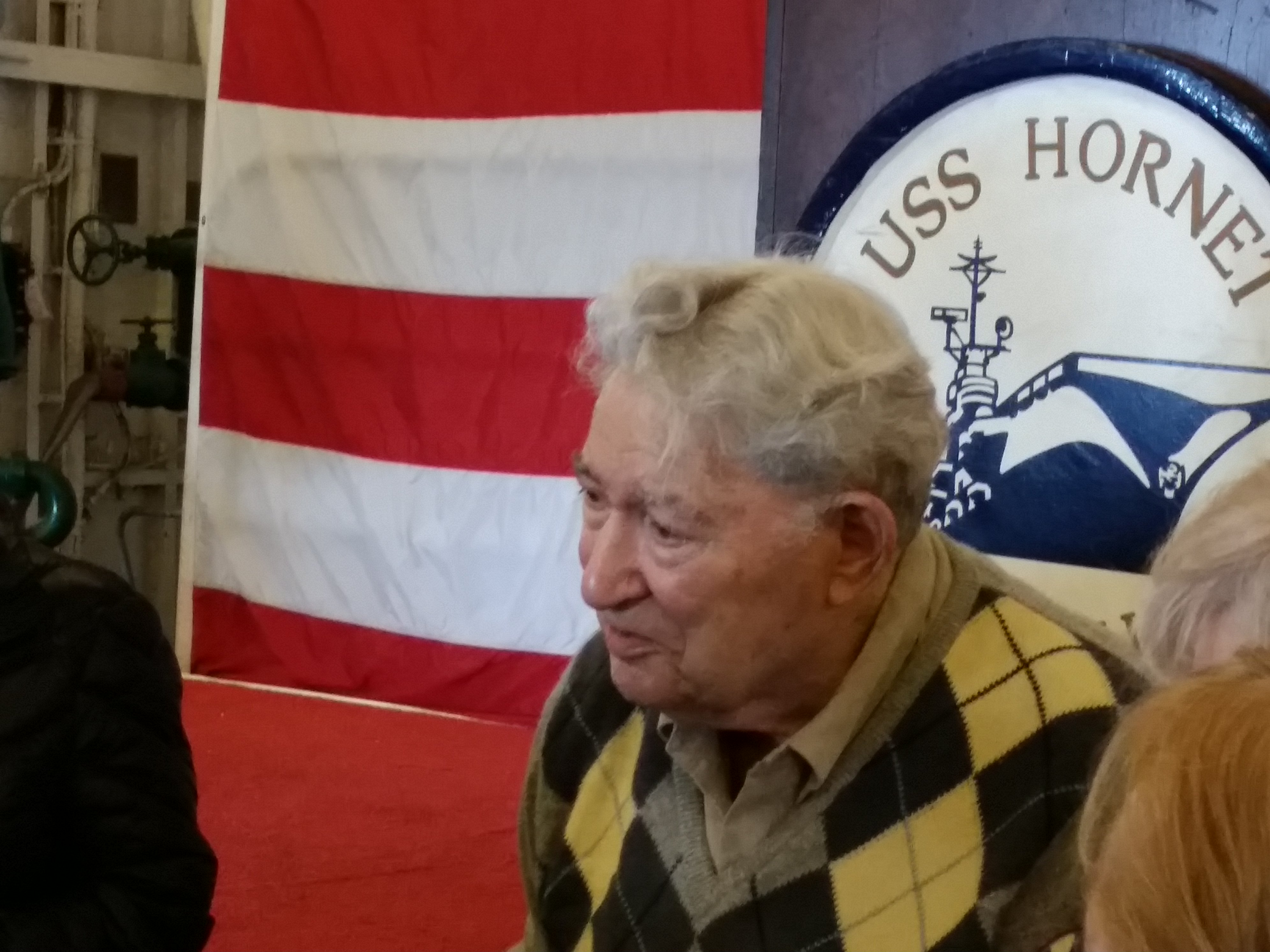 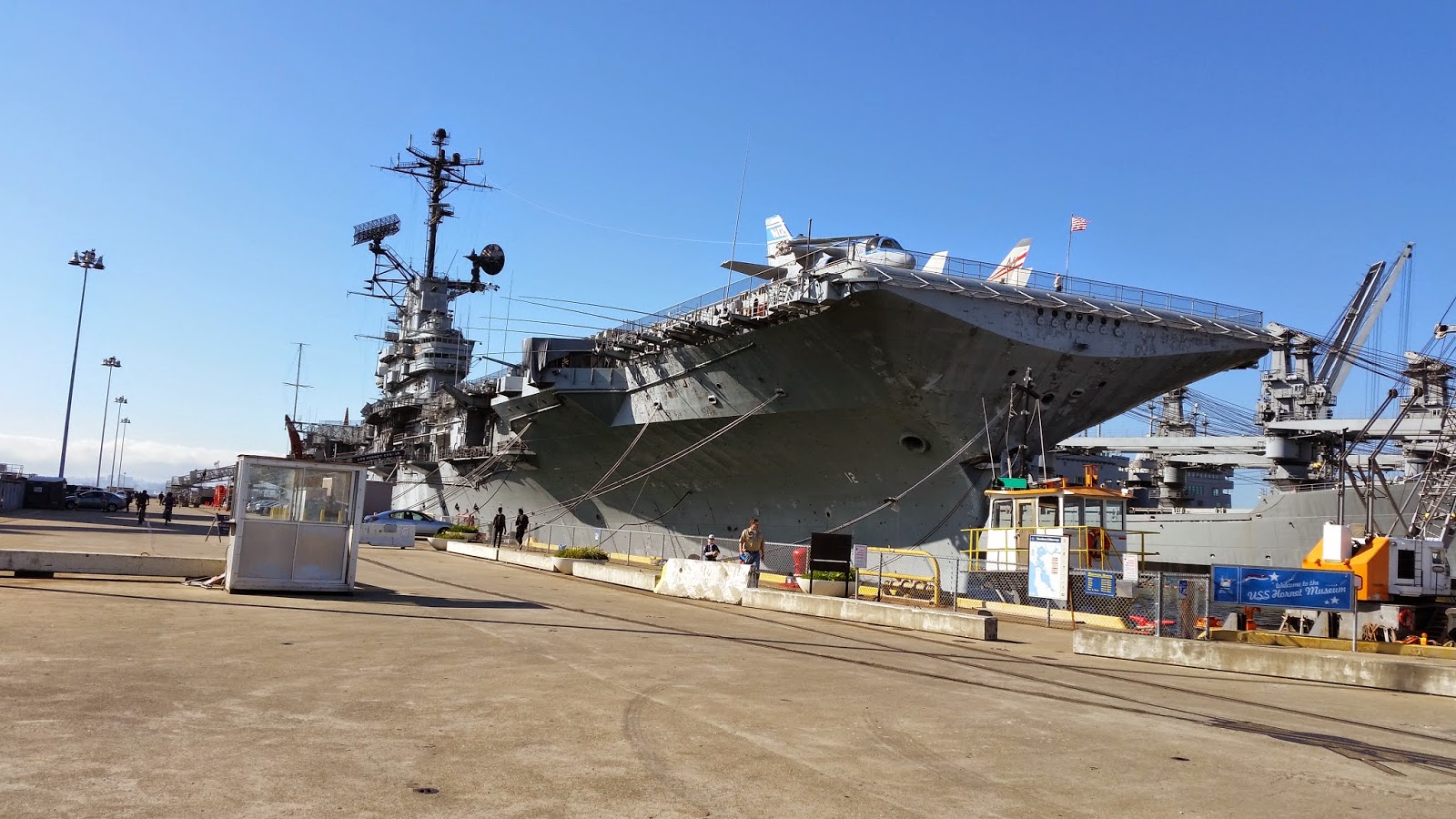 USS HORNET  LIVING SHIP DAY
in the shadow of Auschwitz
Spent most of Feb 19, 2015 aboard the USS Hornet aircraft carrier, best known for its participation in World War II as well as the last three Apollo missions. It was decomissioned in the late 1960s and today  resides at the former Alameda, CA naval base as a historic site visited by hundrrds of tourists every day.

This particular day , Living Ship Day, was a two parter. The first part  in the morning was an open house where the public could view the expansive ship, from the Navigation chamber to the Pilots Cabin.  Former Navy personel who once served on the ship were tour guides this day and we will share our guide’s commentary in videos below.

The second part of the day featured Arthur Weil, an 89-year-old survivor of Nazi Germany, who gave a talk on his experience as a young man, one only 1,400 children who survived of 1.5 million.  What struck me most about the man was what we went on to accomplish the rest of that life he almost never had.  Perhaps he had that ‘thing’ that some get after near-death experiences that ‘wake’ them  and shake them to realize that life is short and fragile and that time waits for no one; they go on to accomplish more  than most ‘normal people. Weil went on to get a BA and MA and Magna Cum Laude and later wrote over 15 books of poetry and ‘words of wisdom’  learned over the years. Though the sound quality inside the cavernous carrier was poor we will share portions of Weil’s talk about his fascinating experience in Nazi Germany and life after 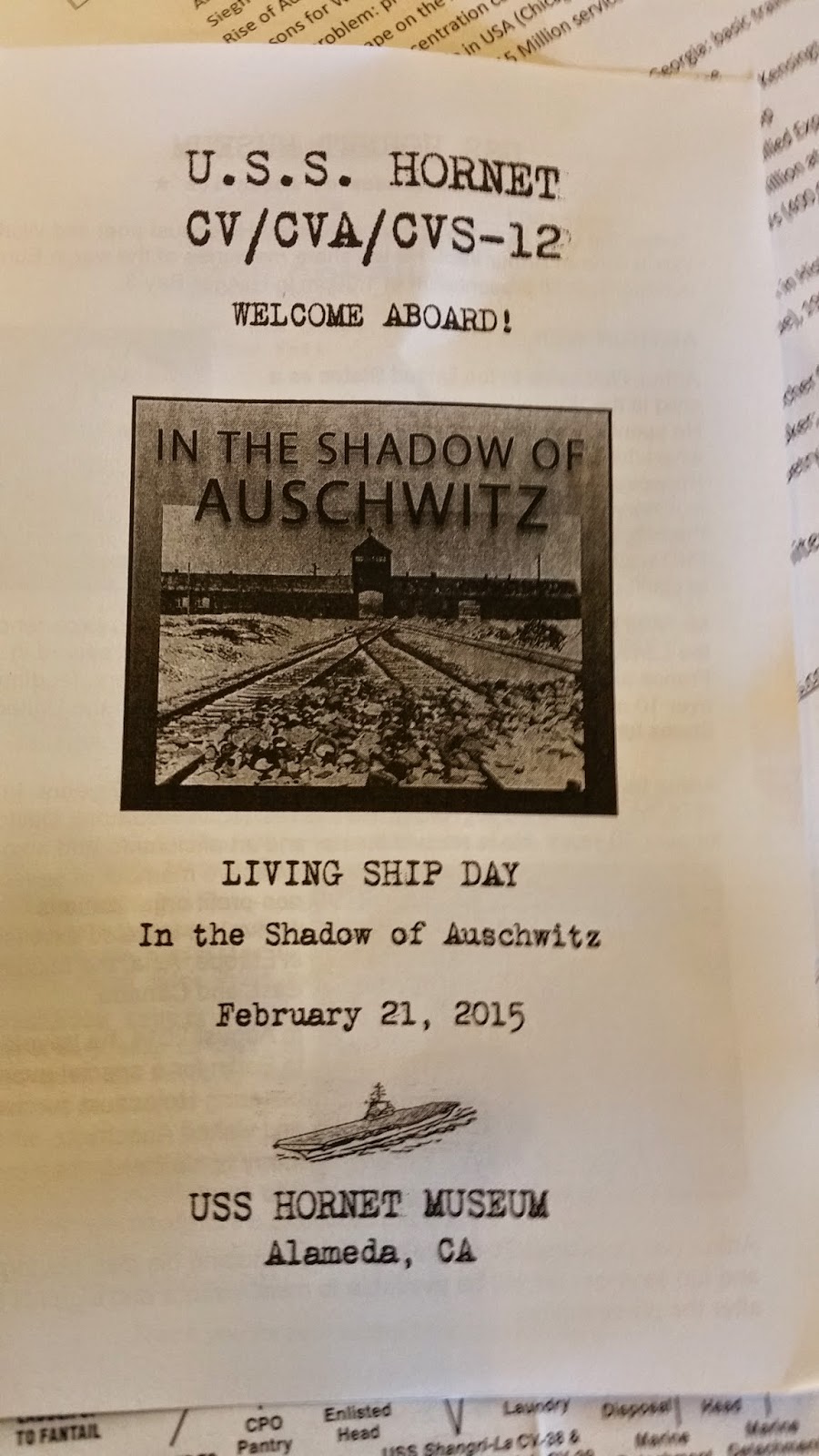 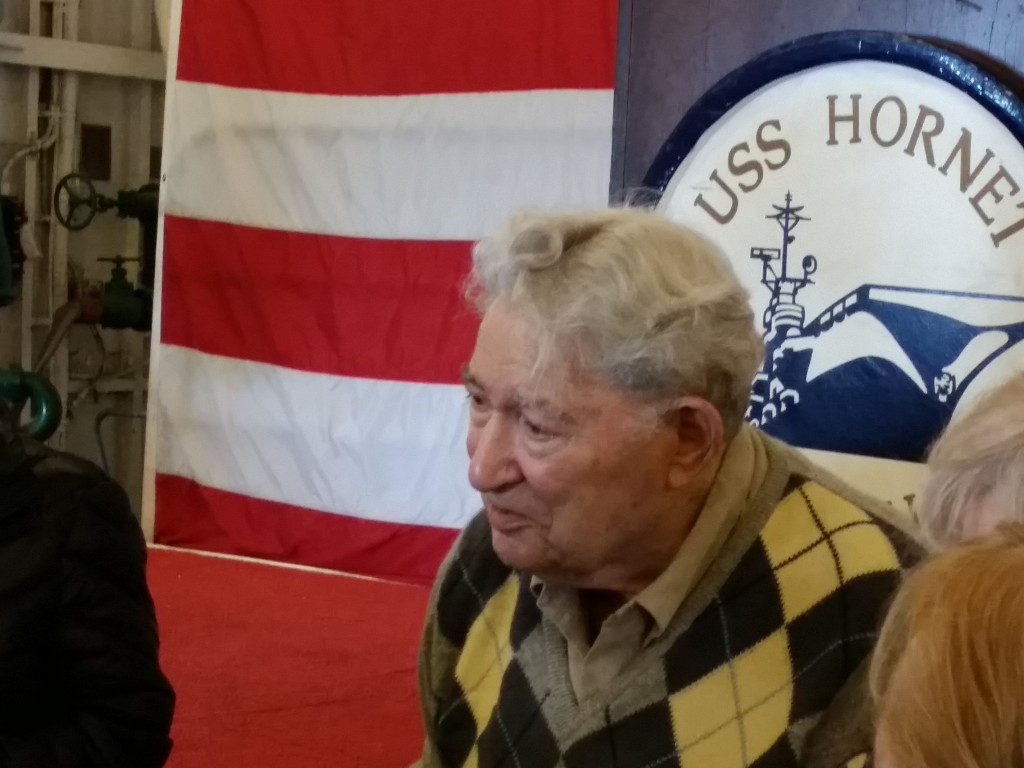 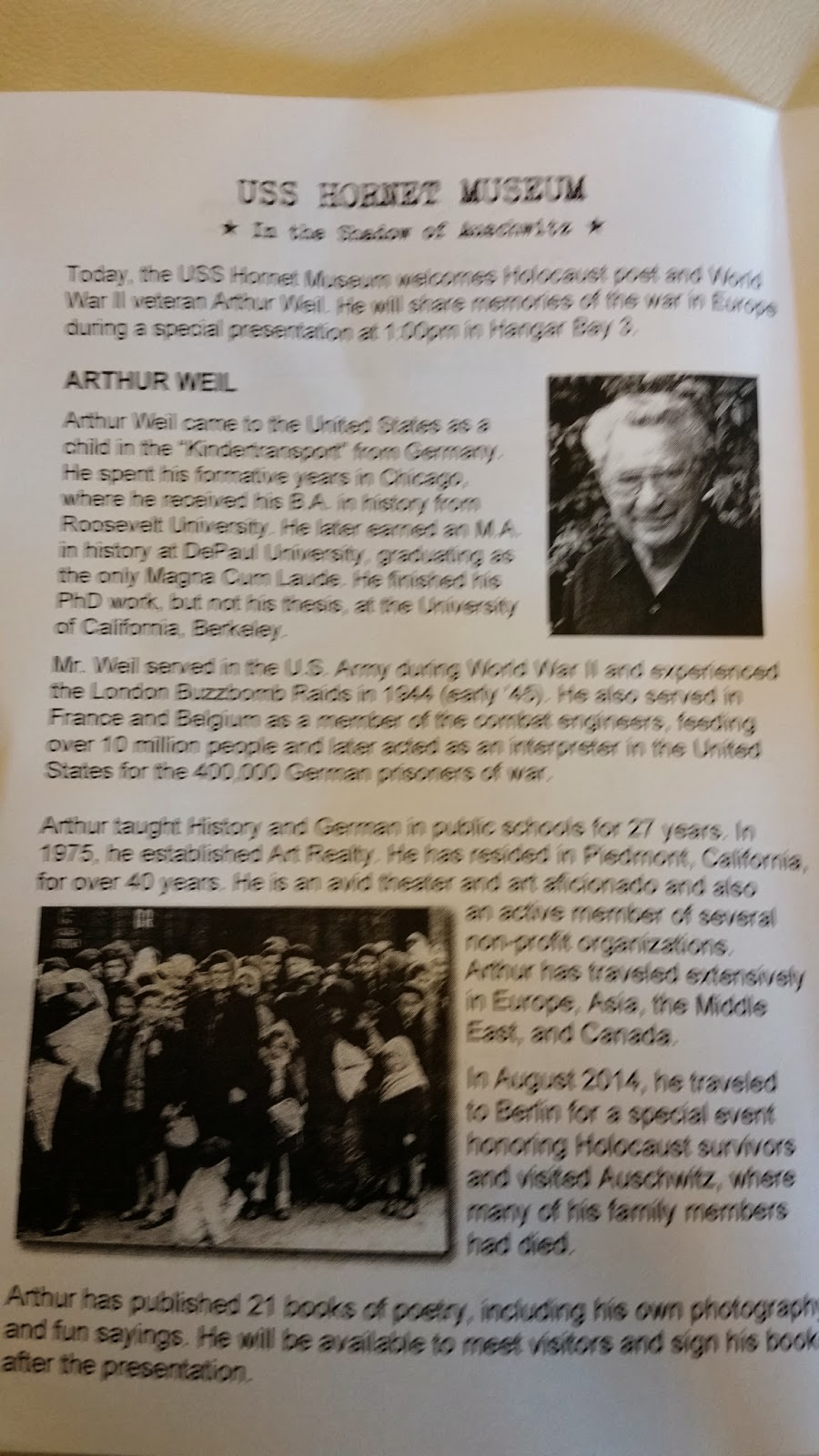 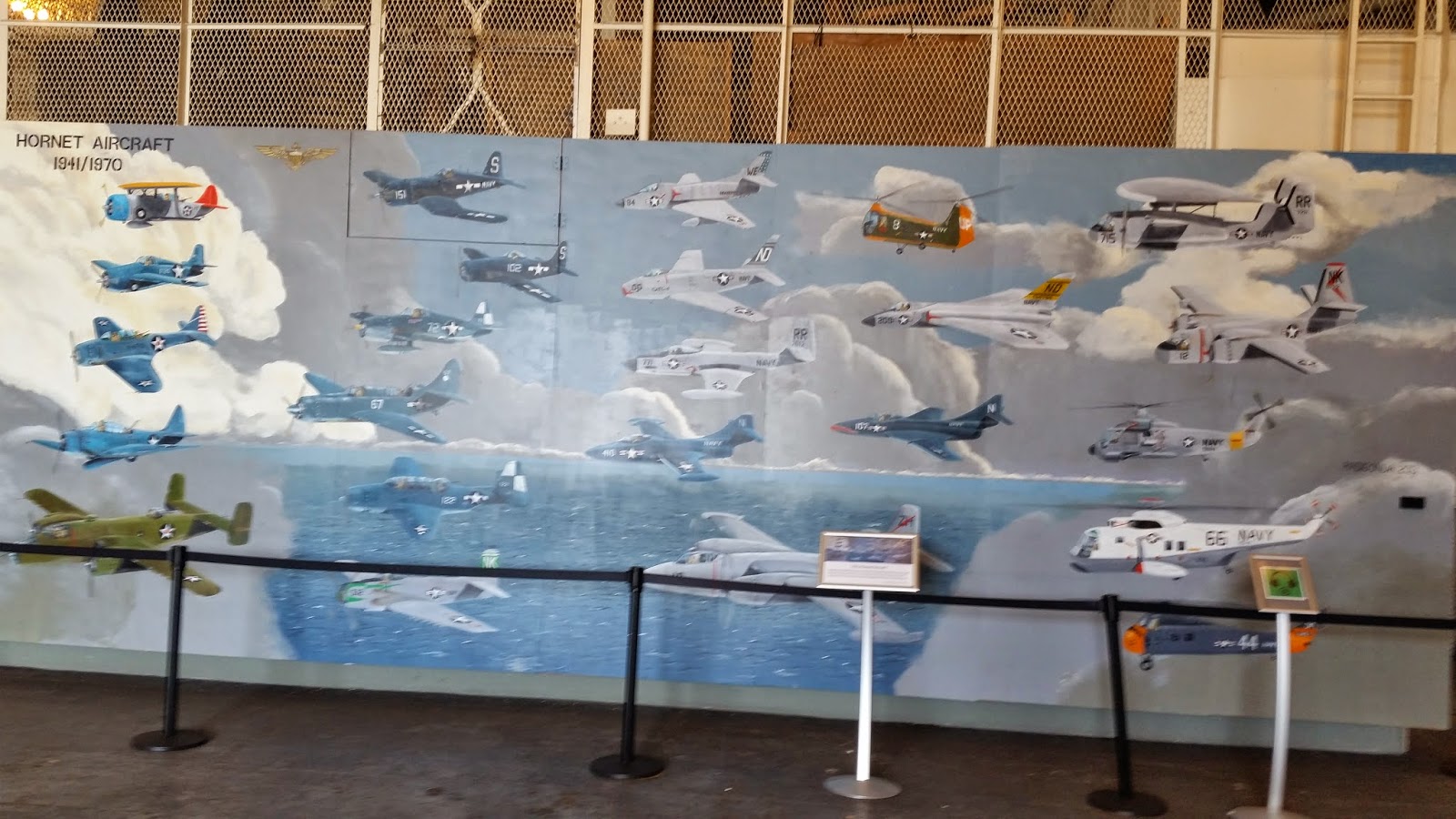 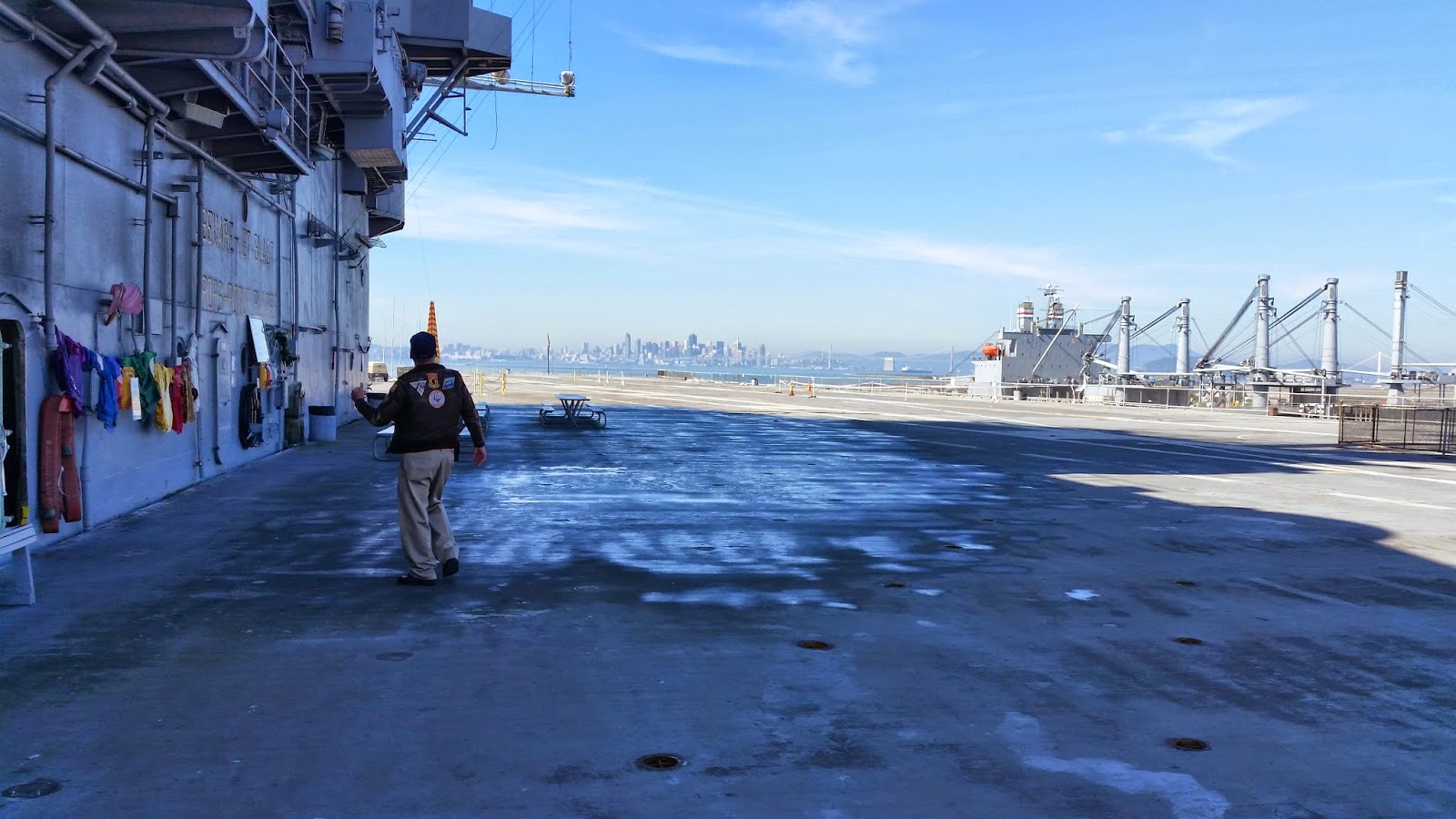