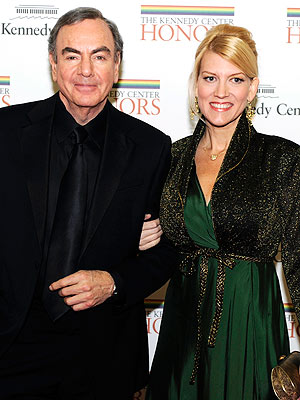 COUNTRY CASANOVAS  or  COWBOY CASANOVAS  -we’ve seen it both ways – is a, perhaps,  ‘hidden gem’  group that plays occasionally in the SF/Bay Area.  We caught them at the Half Moon Bay Brewing Co Fri 5/11 and were pleasantly surprised with this fine country roots or ‘honky tonk’ band, as they call themselves.  Great covers of  Patsy Cline’s ‘Strange’, Wyn Stewart  and others, featuring steel guitar! Check out  also other upcoming shows in this bucolic West Coast enclave like Bill Kirchen  while you’re at it… Also  caught A.J. Croce, son of the late, great Jim Croce. Pleasantly surprised. He’s come a long way and now a mature touring artist featuring an eclectic mix. This night at Berkeley’s Freight & Salvage he did a tribute to the 40th Anniversary of   his Dad’s first LP, singing ‘Time In A Bottle,’ Rapid Roy’ and a note for note cover of  ‘Operator.’ Great sideman in the tradition  of Maury Muelson (sp)… http://www.hickswithsticks.com/calendar   for Casanovas , Kirchen and other  upcoming shows of  roots artists in the SF Bay Area…We thought June was the month for weddings but both Jerry Lee Lewis and Neil Diamond chose April for tying the not, for Neil it’s #3,Rita McNeil 42, Neil’s business manager and her first marriage,  for Jerry it’s #7 and and his caregiver who was previously married to Lewis’ cousin, Jerry Brown, who is the brother of Lewis’ first wife, then 13-hyear-old Myra Brown. Got that all straight?….Having trouble finding a reason to vote for any of the Presidential candidates?   Well, at least MITT ROMNEY has selected some great music, led by Roy Orbison,  in a survey asking candidates to list their favoroite songs and singers. Orbiosn’s ‘In Dreams’ and ‘Crying’ made the list along with the Beach Boys’ ‘Good vibrations,’ Johnny Cash’s ‘Ring of Fire,’ to mention some… ROGER WILLIAMS,  best known for his classic piano hit from the 50s, Autumn Leaves,  was reported  to have pancreatic cancer

yet, still touring – and his website makes no mention of it.  Not surprising as Williams has shown an inner strength before , performing marathon piano concerts of 14 hours benefiting various causes or paying tribute to others, such as Merv Griffen, following his passing a couple years ago..(Williams since passed. RIP Roger Williams.)


50TH ANNIVERSARY OF  MOTOWN AT the WHITE HO– USE  (televised 3/1/11  pm PBS) was a bit of a disappointment for this writer.  It may have been difficult to get many Motown originals – there aren’t a lot still around – but the mostly young tribute performers were very weak, especially the two white artists trying hard to be funky.  Even one of the legends who did show, Smokie Robinson, seemed more intent in playing up to Sheryl Crow in their duet. Stevie Wonder was perhaps the only standout, both in his two selections and words of tribute to Motown.  Not sure of the backing band , but assuming there were original Fund Brothers who should have been paid tribute, too ….FREDDY COLE is Nat King Cole’s younger brother . He may not look or sound like the iconic crooner who passed in 1965 but sure brings that ‘good times’ vibe as he did  at Yoshi’s Oakland, Ca over the weekend 9-9/10 .  He is touring with Cuban star  Issac Delgado, as they sing live  their new album, which is their version of a Spanish LP Nat recorded in the day. Delgado sings in Spanish and Freddy does  them in English – nice concept and a real treat if they come to your area! …’Vietnam divided the family eventually, but for a time we sat on the couch and sang along with Mitch. Corny, right? Corn’s a good vegetable‘…One of 68 comments on the passing of Mitch Miller and , which probably applies to any number of others of the era…

FRANKIE LYMON was featured on recent ‘Different Kind Of Oldies Show’ with Big Steve Cole (internet)… and not the usual stuff. Big Steve uncovered some sides we never heard – afte Frankie’s voice changed in the mid-60s. Beautiful job of the classic ‘Changing Partners’ updated with a nice rhumba beat. Lymon’s voice was smooth and fine as ever, despite being a couple octaves lower than what we were used to on his ’50s greats like ‘Share’ and ‘Why Do Fools Fall in Love’ and ‘Paper Castles’ and all the many other good old good ones. I believe Cole said the label was 20th century he was recording with not long before Lymon’s untimely passing. And, these were solo efforts, sans the Teenagers, but not missing a beat. Check on the archived show -‘ A Different Kind of Oldies Show.’ Indeed. Plug here for a favorite Overlooked Oldie – Lymon’s version of Silhouettes , sang to a great rhumba rythm. One of the best!…Also some great doo-wop versions of songs li ke ‘Fools Rush In.’2-18-10… Chris Strachwitz has owned record store Down Home Music and Arhoolie Records Publishing going on 50 years in El Cerrito CA. It is now one of the few great remaining independents but Strachwitz warned ‘Enjoy it now because its all going into the either’ the way things are going, during a live in-store concert 2/19/10t featuring locally-basedl talents Laurie Lewis (bluegrass) and Barbara Dane (blues). Strachwitz has produced many big names when they were struggling and sometimes after they had made it, people like Clifton Chenier , Flaco Jimenez and many others, and remains a great proponent of roots music www.DownHomeMusic.com. Since Village Music changed hands in Mill Valley, Down Home is the last of a breed in the Bay Area. Currently on sale is most of the Arhoolie catalog at 4 CDs for $20. We walked away with over 20 CDs including early Doug Sahm, Freddy Fender, Jimenez, etc. etc. you might now find anywhere else…. OldiesCountry.com