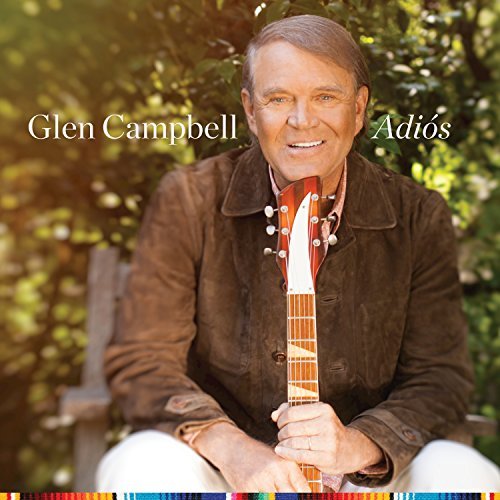 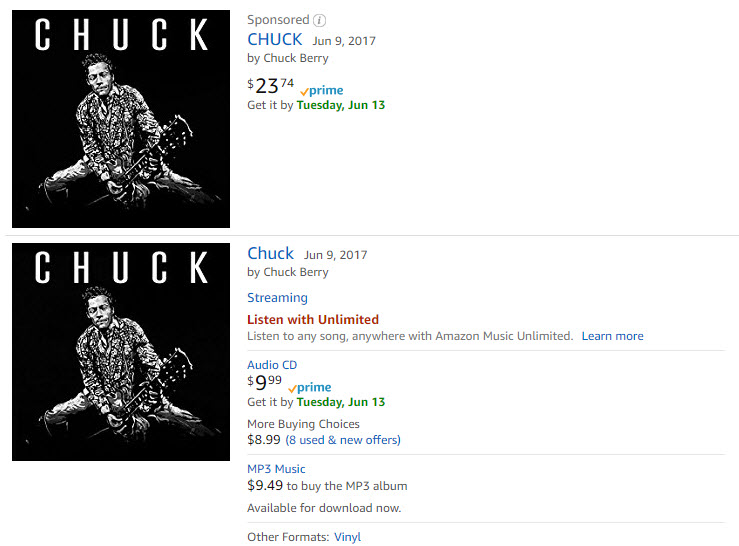 Fans of original rock and roll are fortunate to be given this last album, the first studio album in thirty years by the Father of Rock and Roll. It was recorded last year, prior to Chuck Berry’s untimely death

… and Campbell Also Gives Us Yet Another ‘Final’ Gift Album

Currently in the final stages of Alzheimers, legendary singer and guitarist Glen Campbell graces us with yet another five star album on the heals of ‘Ghost On The Canvas’ (2012), which we thought would be his last. Adios is likely compiled from ‘leftovers’ from Ghost and other odds and ends since Campbell is no longer playing and singing professionally, these days. Yet, the album is far from a throwaway, as is often the case with final efforts from others.

I was expecting Glen Campbell to sound a bit washed up with age, as seems to often be the case for final albums. That was not the case. This album has the same level of quality and the same easy listening, classic country sound that Glen Campbell has always shown. This is the kind of country music that I grew up listening to, when the genre was at its best, and I am glad that I purchased it. Adios is essentially a goodbye album, as its title implies, and is the perfect, moving cap on Glen Campbell’s musical career. If you are a fan of his music, you will not be disappointed.

5.0 out of 5 stars STUNNINGLY STELLAR
ByDoctor Jayon June 9, 2017
Format: MP3 Music|Verified Purchase
If you did not know the life context of this CD / download and if you did not know this is his last official recording ever, you would still think this is a stunningly beautiful work by one of the all-time greats. From the opening to the coda, the production and arrangements are clean and so amazingly easy to listen to. Those who accompany him (including his daughter, Ashley) are stellar, Glen sounds like he’s at the top of his game, and the choice of songs (and song writers — George Jones, Jimmy Webb, Roger Miller, Bob Dylan, to name a few) grabs you right in the heart because each song relates so deeply to what we all experience in our lives. Then, when you consider current Glen’s life context and that this really is “adios” for him, this finale overcomes you with the feels. I bought the CD from Amazon and got the “Auto-Rip,” download that comes with the purchase. You should, too. One of the best purchases you will ever make! God bless you, Glen. May your singing and music continue to enrich many, many lives for years to come!
5.0 out of 5 stars classic Campbell better than
Bydavid mchenryon June 9, 2017
Format: Audio CD|Verified Purchase
Just listen to album, classic Campbell better than expected
5.0 out of 5 stars So beautiful. His voice is as good or better than …
ByNancy W.on June 9, 2017
Format: Audio CD|Verified Purchase
So beautiful. His voice is as good or better than he ever was. Thank you, Glen Campbell. Take care. Love

Glen Campbell certainly lived a full life and accomplished much in his 81 years – even a final concert tour with this family in his last years while undergoing early stage Alzheimners. It’s sad to lose someone of such talent and character who we grew up. He will live on through his many hit records and videos and won’t be forgotten. Above , Campbell looks back at his early days as a session musician in Hollywood, playing on records such as the Beach Boys’ ‘Fun, Fun, Fun’ and Frank Sinatra’s ‘Strangers in the Night’ .. Below, Campbell sings one of his last works. Campbell had enough new material for a second and last album , Adios, after ‘Canvas’

Perhaps Glen Campbell’s swan song, ‘A Better Place’ – autobiographical ballad from his last album, Ghost on a Canvas…According to his daughter, performing is good for his condition and he may return… More a@ http://www.Facebook.com

Saw Glen’s ‘final’ public concert, as quoted by his son in the band last night at Napa, Ca. Now there’s talk of Glen
continuing to perform, despite an advancing state of Alzheimers. We will say that the condition was definitely noticable i
n his performance last night, but , frankly, it didn’t detract one iota. In fact, it somehow added to the man’s charm. Had it affected his singing, Campbell could easily be criticized for going on with Alzheimers, as others hasve in the past, but he only joked about it. As his longtime manager states in the attached Huff Post article, Campbell has had some of his strongest performance’s of late in his ‘Farewell Tour’ in California. We caught him also when he began the tour mid summer in Santa Rosa, CA. This concert began a bit disjointed with Campbell calling out the sound crrew for repeated problems with sound. Some in the audience perhaps thought he was out of line, but, in fact, we did notice the sound improved once the issues were dealt with. 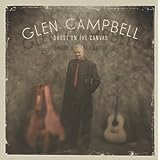 Campbell ‘s three kids opened the with their group, Victoria Ghost. Their bluegrass meets country sound is very different from Campbell’s more pop-rock sound. One son is on drums and the other son, on guitar, frounds the group along with sister, on Mandolin and Banjo.
After seven songs, Campbell came out to a standing ovation in this old, remodeled movie theater. The show was also being filmed. After Campbell’s many sound complaints one ondered if he might go off, but he settled down and even improved as the show went on, perhaps feeding off the audience’s warm vibe. He sang most of his hits including ‘This Time,’ though written many years ago relates to his current plight, perhaps his version of ‘My Way.’ Another autobiographical song of his new album was intriguing and a Jimmy Webb song and then the big hits, Rhinestone Cowboy ‘ and ‘summer Nights’ closed the show to more standing ovations.
Throughout the show Campbell’s daughter, who appeared to be running things, frequently whispered directions to Campbell that he might have forgotten. After the show she came out and signed autographs in his stead for nearly an hour as the group packed up for the bus, waiting outside.
It’s been a good, long run for Campbell, from his early days as a studio musician with the Beach Boys, Elvis, and others to having his own TV show, the Goodtime Hour, with many hit recordings along the way. We wish Glen well, whatever he decides to do.. -BK

Glen Campbell May Continue To Perform With Alzheimer’s
www.huffingtonpost.com
NASHVILLE, Tenn. — Glen Campbell may be wrapping up a goodbye tour but that doesn’t mean he’s done with the stage. Campbell is considering scheduling more shows next year after playing more than 120 dates in 2012.

Glen Campbell Goes Out(?) in Style -Alzheimer’s Hardly slows Him