BLUE RAIN: It’s not  your 50s/60s oldies per se, but in  Blake’s new CD he infuses  much of the  musical history he has witnessed since his breakout in 1964. Mister Blake, or Blake today,  of Vancouver, had a regional hit in 1964, covering Dusty Springfield’s ‘I Only Want To Be With You.‘  After that, the music scene changed and most artists including Blake’s Canadian compatriots like Bobby Curtola (Fortune Teller)  , Buddy Knox ((Party Doll) and even Paul Anka  had to take day jobs for awhile  to pay the bills. But,almost 5 decades later Blake has never forgotten his roots. He still would love nothing better than a hit record -er,  CD or download.  And, who knows. this could be the one…   ‘Blue Rain’ has a wide appeal as it covers the various styles he has grown up with, including disco, dance, electronica,  country and  a good bit of roots ‘oldies’ woven in. Order the CD and read more about Blake at MisterBlake.com . 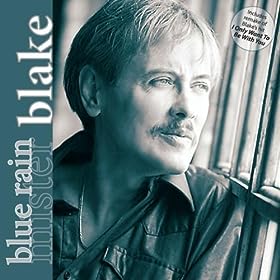 By the way, it’s interesting that Blake chose Blue Rain as the title song, Blake’s early hero, Roy Orbison, had a minor hit with Blue Rain in the 60s, but it is a totally different song. If you listen closely to the CD you may hear some Roy Orbison references or samplings. Experience has surely helped Blake grow over the years as both singer and songwriter. All songs – written by Blake and Andy Smyth, except Jubilation – are strong, especially the opening three, in this writer’s opinion, namely ‘Blue Rain’, ‘I’m in Deep’, ‘Sex, Lies and Changing Times,‘ the latter which interestingly chronicles  Blake’s and society’s wild ride  through the past several decades. Also of special interest are the last songs on the CD which include Blake’s version of fellow Canadian Paul Anka’s ‘Jubilation’ and, an updated remake of Blake’s biggest hit, ‘I Only Want To Be With You.’  Sample one of the many fine songs , ‘Hit or Miss’ , at Amazon by clicking here.