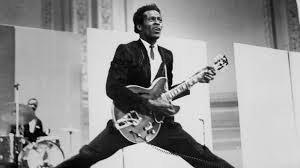 Six years ago it was a health scare – Chuck Berry had fainted from exhaustion. This time it was final. What many say was the most important figure in the development of rock and roll passed away today, unresponsive to paramedics called on the scene.

Berry was in the process of recording his first studio album in 30 years at the time of his passing.  Beneficiaries of Berry’s work are already noting Berry’s importance including JOHN FOGERTY and KEITH RICHARDS, who produced an album, HAIL HAIL ROCK AND ROLL with Berry in tribute to the man.