‘I Left My Heart In San Francisco’

SAN FRANCISCO (KCBS) – One of San Francisco’s official anthems was recorded 50 years ago this week and the person who brought the song to life is returning for a special Valentine’s Day benefit concert.

It was in December of 1961 when Tony Bennett first publicly sang “I Left My Heart in San Francisco” at the Venetian Room at the Fairmont Hotel.

A few weeks later, he went into the studio and recorded it. The song was not expected to be a hit as it was the B side of the single.

In the months that followed, “I Left My Heart in San Francisco” won Grammys for Record of the Year as well as Bennett winning for Best Male Vocal Performance.

The song has been an anthem for the city and is played after every San Francisco Giants home victory.

50 years later, Bennett will be performing the song as part of a sold-out concert at the Venetian Room to raise money for heart research at UCSF.

City leaders are trying to get the now 85-year-old singer to add a second show at City Hall that afternoon, but that has not been confirmed by Bennett’s agent. 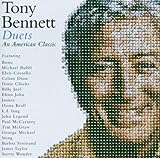