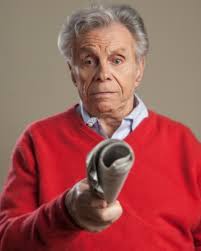 It wasn’t surprising to come across this great interview late (David Feldman) with the much overlooked/forgotten political comic/satirist MORT SAHL now several months past the Nov. 22 occasion of   50th anniversary of President John F Kennedy’s assasination.  Never too late to enjoy Sahl, who writer and producer Robert Weide calls ‘still the funniest standup working today’ (see below).
It seems Sahl – probably the last of the post- WWII group of political humorists- has always been pushed to the back burner for his less than Hollywood-friendly beliefs. Yet, Sahl is as relevant today as anyone, quick-witted as ever, never missing a beat as you will note in the above interview recorded at the time of the 50th anniversary.  Sahl may be somewhat right leaning but he’s never afraid to pick on whichever side deserves the needle, in his opinion. That’s probably why Sahl says he couldn’t get his career on track in left-leaning Hollywood during the 50s. Only after coming to San Francisco, of all places, did he begin to make his mark thanks to a key night club owner, Enrico Banduci of the Hungry I and where hrushed elbows with other comics, such as Lenny Bruce, not afraid to take a shot, so to speak, at the administration.
Poor choice of words ‘take a shot’ as Sahl became obsessed with the Kennedy Assissination and what was, in his opinion, a government -influenced Warren Report, which held to the one gunman theory.  Sahl went so far as to sacrifice his then blooming career in the mid-1960s to move to New Orleans to help Jim Garrison on his conspiracy investigation.  Sahl believes the 1979  Committee on Kennedy Investigation was closer to the truth, holding that four gunmen were probably involved, but , still, claims even here ‘they didn’t investigate’ and provide details.  He also dislikes that nothing was done to open the ‘closed Kennedy book  ‘ which prevents more details and evidence coming out for 75 years – a time which nearly everyone alive at the time of the assassination will be gone.
As it is, Sahl quotes his favorite, the late Senator ADLAI STEVENSON , and his words ‘There’s no one left I can talk to’ and it sounds like Sahl feels the same way today, watching what he calls a society where money rules more than ever, where people are more concerned about themselves and their jobs than speaking out as they did in the 1960s. Today, Sahl says, its all about politics over substance. 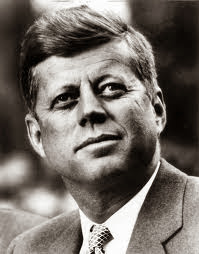 November 22 Marks the Fiftieth Year since the assassination of President John F. Kennedy in 1963. Expect an onslaught of TV movies, videos,documentaries – and we’ve already seen a number of books come out. Bill O’reilly’s best selling ‘Killing Kennedy’ ,   made into a TV movie, is already out on National Geographic TV (see video trailer above). Stay tune for more…Other recent and past books and media are below.

Sahl believes one of Kennedy’s last speeches, at American University late 1963 was perhaps his best but the one that may have upset certain forces and let directly to his death. In the speech, he condemned war , while expressing some compassion towards Russia. This may have helped trigger the CIA, which Sahl believes was behind the assassination.  Kennedy had expressed desire get OUT of war rather than engage in it, which was at odds with our government, too.  (Editor’s Note: Though Sahl didn’t mention it here, he  no doubt believes with our assertion (in another blog) that the Vietnam War would have never risen to the scale it did under President Johnson, had Kennedy lived).

Sahl blames the media for it’s collective ‘lack of detail’when it comes to investigating, or not investigating.  He believes that nothing good came out of the ‘communal sobbing” led by news anchor Walter Chronkite, at the time, and carried forth today with news people like Wolf Blitzer and Bob Shieffer.  Sahl didn’t like the ‘lack of detail’ surrounding the Kennedy investigation, despite what he considers obvious factors going against the lone gunman theory. He noted a lot of information that never turned up in the investigation, including that
-Gunman Lee Harvey Oswald was found with the phone number in his pocket of the Dallas FBI chief  at the time of his arrest.
-Oswald was so much NOT a ‘great shot’ that he had to hold down a menial government job
-Kennedy WASN’T shot from behind and that the doctors at Dallas’ Parkside Hospital ‘altered Kennedy’s body and finished the job after he was transferred to Bethesda.’


Sahl is not very warm to  the political scene today. He never saw any good in Obamacare or other Administrationi policies. He says that President Obama gets away with a lot of his politics thanks to the ‘show business liberals’ and people like ‘Oprah’ who are always there to lend a million or a movie.  Sahl has disdain for not only some of the current crop of film people , like Tom Hanks, George Clooney and Producer Jeffrey Katzenberg but some of his generation like Bill Cosby, who go with  politics over substance.

Interviewer Feldman, asking Sahl about his inclusion in Tom Brokaw’s documentary and book, ‘Where Were You?’ about the Kennedy Assissination, jokes that it might have been called ‘The Mediocre Generation,’ a take off on Brokaw’s ‘The Great Generation,’ referring to that of   World War II.  Sahl noted that he and his views were left out of the film (which we haven’t seen yet but will) but included in only the book – perhaps not so surprising to Sahl, based on his past history .

But rather than being bitter about such career exclusions, Sahl , 86, marches on, making occasional appearances at ‘old school’ places like the Throckmorton Theatre’ in Mill Valley , CA , near where he currently resides with his third wife. He will talk on all subjects including his beliefs what he believes to be other conspiracies – the Robert Kennedy and MLK Assassinations and belief that there was more to 9/11 than has come out.  The CIA, he says hires the ‘ best professional group  of mechanics  from all over the world.’ (Oswald was probably not one of them.)  Sahl believes that today’s government leaders are ‘not being held accountable’ for their actions. Obama will do things on his own , without consulting even his own party; those who may disagree will not speak out against him, which makes our government look more and more like a fascist rule.

Today Mort Sahl flies pretty much under the radar, not necessarily by choice. Seems like things haven’t changed for him much over all the years.  Perhaps like his late contemporary, Rodney Dangerfield,  Sahl doesn’t get the respect he deserves. A recent   program, Mort Sahl: The Loyal Opposition, by Mr.Weide, was scrapped by PBS after one showing but you can read about it here:

Perhaps Robert Weide sums it up best in the last paragrah of his writing, the Loyal Opposition. Of Sahl he writes :


‘Sahl’s popularity started to rise again in the wake of the Watergate scandal. He continues to work, but without regular television exposure, younger audiences tend to be unaware of his historical significance and his continuing comedic chops. I believe that pound-for-pound, Mort is still the funniest standup working today. But his dance card deserves to be much fuller than it is these days. How guys like Bill Maher or Jay Leno can be thought of as our current political humorists when Mort is still alive and kicking is beyond me. But I digress.’